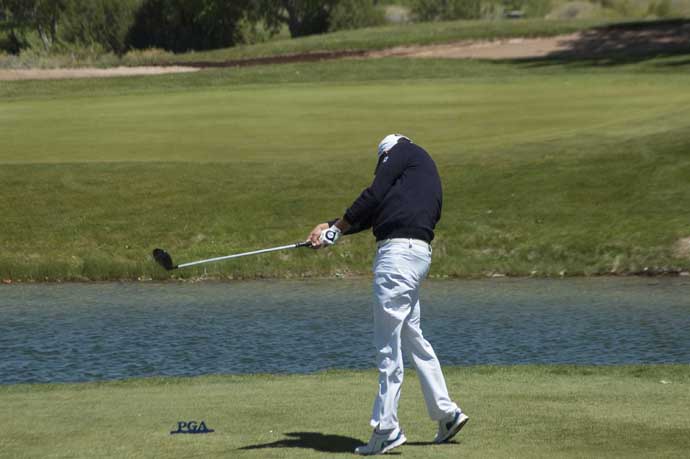 It was a case of youth winning out over experience as 36-year-old David Muttitt of Los Altos Golf Course beat 47-year-old Steve Manning in the final of the Sun Country PGA Section’s Mazek match-play championship.

“Let’s just say the result was that David shot 5-under,” is how Manning, an assistant at Santa Ana Golf Club, put it after he was closed out 7-6 on his home course Wednesday afternoon.

In gusty conditions with sustained winds of 20 miles an hour, Manning was down three after six holes on the Tamaya front nine. He scrambled for a one-putt par to halve No. 7, but went down four when his approach to No. 8 found the bunker. As Manning blasted out from a difficult stance, Muttitt sized up a birdie putt that lay about five feet from the hole.

The end was clearly in sight when Manning fell to five down as the two players walked off the 9th green. Manning’s tee shot on the 301-yard par 4 swam with the fishes while Muttitt’s drive lay safely on the back fringe.

Blewitt got into the final after Daniel Nunez of the Inn of the mountain Gods in Mescalero, N.M., conceded his match. Harvey earned his spot by defeating Santa Ana Head Professional Dave Brown 3-and-2.

“There really weren’t any surprises,” said Dana Lehner, executive director of the Sun Country Section. The top finishers in both the championship and senior brackets were at the top of the money list for the season, he said.