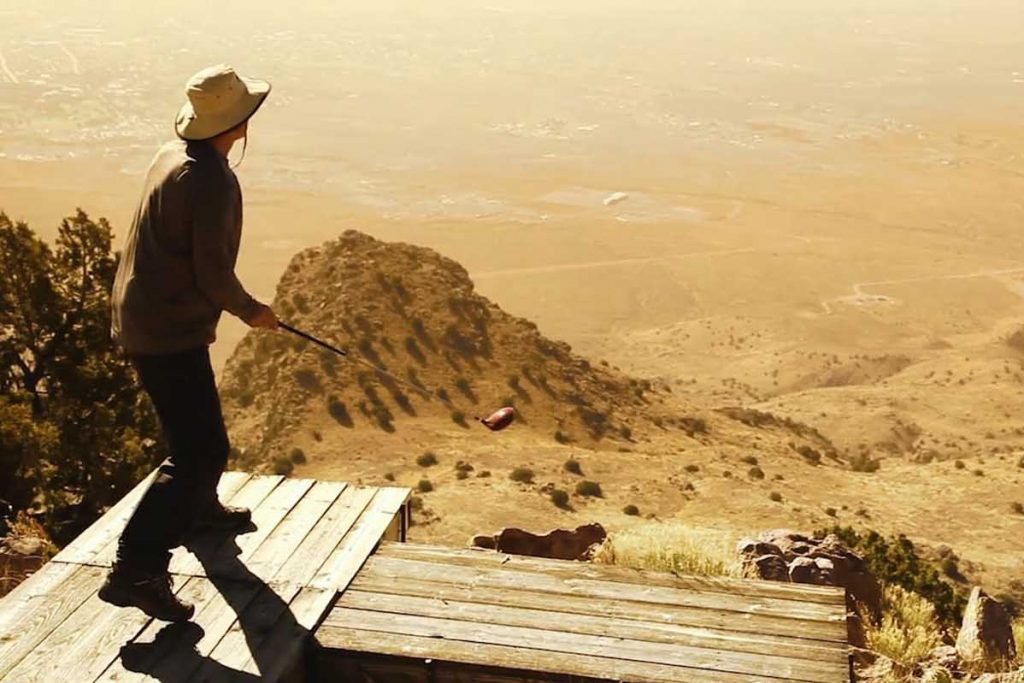 Socorro's Elfego Baca Golf Shoot was featured by ESPN in an accurate depiction of the painful, exhausting extreme golf event played 4,000 vertical feet down the side of a mountain over and through rattlesnakes, rocks, cactus and biting gnats.

ESPN host Kenny Mayne finished second in the 2013 event, in which players competed to reach a 50-foot-circle near New Mexico Tech Golf Course  down in the valley in the fewest strokes.

You can watch the Elfego Baca Golf Shoot segment here.

The Elfego Baca, named for an sheriff in New Mexico in the 1880 who held of 52 bandits who laid seige to his cabin, is part of 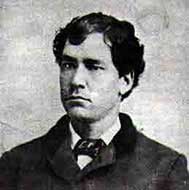 the annual Socorro Open, a pro and amateur event held each June at the New Mexico Tech Golf Course. Socorro is about 70 miles south of Albuquerque.

Mayne, a former college quarterback-turned-broadcaster, claimed to have tied golf writer Rick Reilly's score of 19 from several years ago. Mayne was coached on his strategy by El Fego Baca legend and the enduro event's inaugural winner Mike Stanley, who holds the record of 9 strokes.

In addition to trying to make the descent over treacherous scree, boulders, cactus and snake- and scorpion-infested desert from near the peak of 7,243-foot “M” Mountain in the fewest strokes and with the fewest lost balls, competitors, spotters and officials try urgently to get off the mountain before temperatures exceed 105 degrees.

After his six-hour descent, Mayne said he escaped the event with no injuries, but he didn't mention the dozens of no-see-um gnat bites most competitors suffer on their necks. The welts typically manifest themselves days after the event.

The editor of New Mexico Golf News and a team from New Mexico Golf TV recorded the event in 2001 for a segment broadcast on the Golf Channel. We concur with Mayne's assessment, “Thanks for the memories, Socorro, New Mexico, but I'm never coming back.”

Dan Vukelich is editor of NewMexicoGolfNews.com. Reach him at dan@newmexicogolfnews.com

Tucson Golf: Winter Golf without Spending Too Much Green 18308

Phoenix’s West Valley Gets a Winner with Victory Club 4947