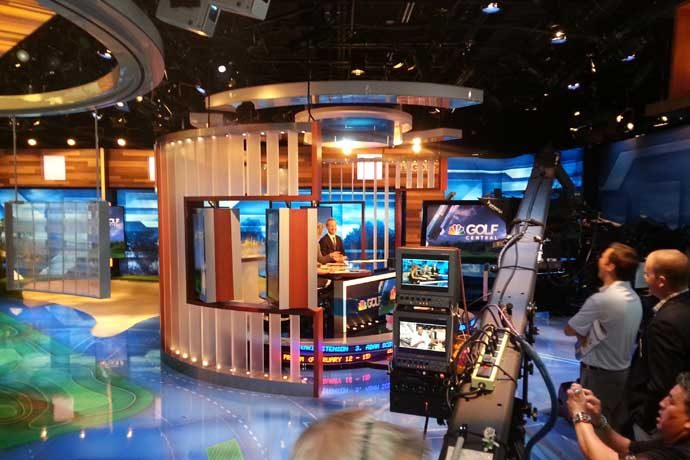 The Morning Read is reporting that the Golf Channel is moving its headquarters from Florida to Connecticut and will shutter its website.

The shift in locations after 25 years follows the cable channel's announcement this summer that it will layoff of as many as 400 of its 800 employees. The Golf Channel website will be rolled into the NBC Sports website by year's end, the Morning Read reported. NBC Universal owns the Golf Channel.

Here's an excerpt from the Morning Read's story by John Hawkins, which appeared Tuesday.

(Disclosure: New Mexico Golf News editor Dan Vukelich periodically writes for the Morning Read and its subsidiary website, Where to Golf Next.)

“From its humble 1995 origins to emergence as the game’s most omnipresent media enterprise, Golf Channel has been rather busy in its first 25 years of existence. Having initially acquired cable-TV rights to the PGA Tour for the 2007 season, the fledgling operation now offers more live tournament coverage than all other U.S. networks combined. Nobody could have seen that happening a quarter-century ago.

“Another huge boost to the Orlando-based outfit occurred when Comcast, Golf Channel’s parent company, purchased majority ownership of NBC Universal in early 2011. As the marketing folks since have made abundantly clear, the Peacock and its little brother soon were attached at the hip, ostensibly for branding purposes, resulting in a product far more polished than during Golf Channel’s formative years.

“On-air personnel have become largely interchangeable, particularly in regard to those aforementioned tournament telecasts, which is one of the few things that won’t be different within the company by year’s end. February’s announcement that Golf Channel would transfer its headquarters to Stamford, Conn., home of the NBC Sports Group, hardly was a surprise to industry insiders. Consolidation, they call it. A five-syllable synonym for people losing their jobs.

“It happens all the time in corporate America – the idea that you don’t need two separate offices of support (1,100 miles apart) to handle the everyday functions that help keep a business somewhere between surviving and thriving – but we’re still talking about unemployed human beings here. Published reports vary as to the number of casualties in this instance. An educated, perhaps conservative estimate would suggest that at least half of the 800 Orlando-based workforce won’t be relocating north.

“The layoffs were made public in June, to be conducted in a two-stage process, and that process is still shaking itself out. The coronavirus hasn’t made things any easier. Nor has a class-action lawsuit involving 11 Golf Channel employees and defense company Lockheed Martin, which owns a plant near the GC complex and is accused in a class-action lawsuit of instigating an “environmental nightmare” with its alleged mismanagement of hazardous toxins.”