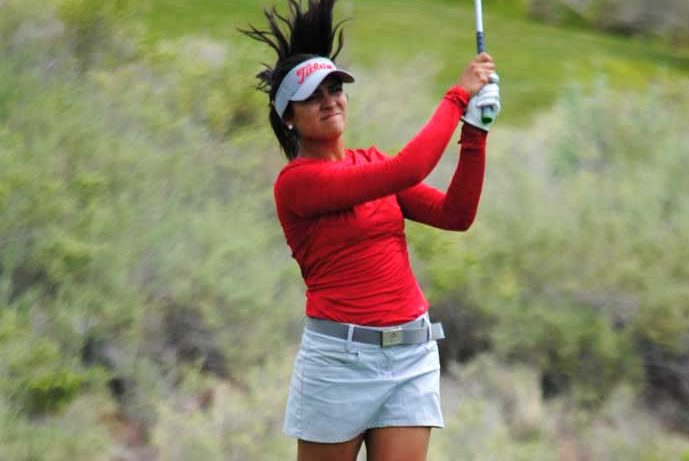 Mesta-Garcia, of Ruidoso, won by one stroke over Shanelle Tafoya of Santo Domingo Pueblo and Ashlee Garrett of Albuquerque, who tied for second.

Chanet Fiorina of Santa Fe finished fourth at 21-over.

In a one-hole playoff, Tafoya won the Albuquerque Women’s Golf Championship title. That competition, open to players in the Great Albuquerque Metro area, was held at the same time. Both events were held at Santa Ana Golf Club July 14-16.

Alexandra Michelena won the First Flight of the New Mexico-West Texas Womens Amateur Championship with a three-day score of 10-under.

Galloway was competing in the USGA’s Girls Junior Championship, being held at Poppy Hills Golf Course at Pebble Beach, Calif., which started Monday. She was T128 at 10-over. Day 2 play was delayed because of visibility problems on the course.

Galloway is in the middle stretch of a three-week competition schedule. The soon-to-be Cleveland High School senior goes from Poppy Hills to the Girls Junior Americas Cup, a 54-hole team event that starts on July 23 at Hiwan Golf Club in Evergreen, Colo.

Here’s the full leaderboard of the Championship Flight of the New Mexico-West Texas Womens Championship: