For the first time in more than 50 years, a member of the Moya family isn’t running Albuquerque’s Los Altos Golf Course.

PGA Professional Chris Moya, son of Eddie Moya and nephew of Billy Moya, two brothers who had been involved in Los Altos since the 1960s, sought to renew his concessionaire agreement, but the award wentt to one of the two other bidders.

Moya said the terms the city proposed weren’t desirable. “They changed the concessionaire agreement and almost doubled what I was paying them,” he said. 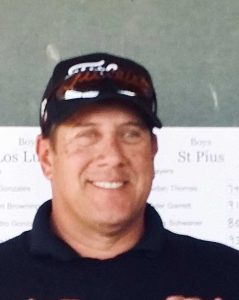 “It’s a good change. Los Altos is in good hands with Colby,” he said. “The course is in the best shape it’s been in since it opened.”

“Life is constantly changing,” he said. “I’m not bitter at all. It was so busy, with so many facets – HR, budgeting. It was a very in-depth position. It’ll be nice to dedicate myself to one thing – teaching.”

Moya, 58, plans to instruct at Los Altos in the mid-Northeast Heights and on the West Side at Paradise Hills Golf Course under Director of Golf Gerome Espinoza.

He also will continue as the boys’ and girls’ golf coach at St. Pius X High School, and he’ll also continue to work with Ron Allen to coach Los Altos’ team in the PGA Junior Golf League.

All that depends, of course, on how soon the coronavirus pandemic subsides. All golf is currently on hold.

In a wide-ranging interview, Moya talked about the highlights and lowlights of his career at Los Altos, which he began in 1980 helping out his father and uncle. He started working there full-time in 1988. In order to qualify to succeed his father as concessionaire, he completed his PGA of America apprenticeship in less than three years. 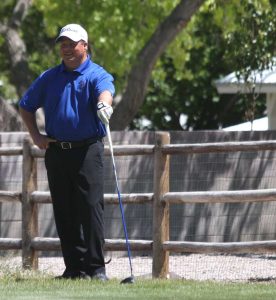 “The highlights, of course, were getting to work with my dad and my uncle Billy, and being there when celebrities like Chi Chi Rodriguez, Ernest Borgnine and Frankie Valli came through, and working with all the superintendents,” he said.

“The lowlights were all the times the city raised the rates and me being the one  getting all the blowback from the general public,” he said.

And then there were all the motorists whose cars were dented or windshields broken by golf balls launched OB from Los Altos.

“They come in thinking it’s the golf course’s liability but it’s actually the responsibility of the golfer,” Moya said. “There are a handful of honest people who would admit it when asked about it, but there are always a few who deny it.” 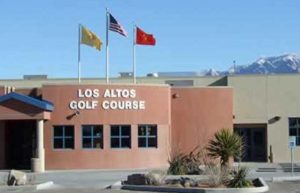 Another lowlight came in late 2010, when Moya learned he needed a liver transplant. As former Albuquerque Journal Assistant Sports Editor Mark Smith wrote, Moya had Wilson’s disease, a genetic disorder that prevents the body from getting rid of copper. An excess of copper is poisonous and can cause life-threatening organ damage.

Moya lost 100 pounds and was told he was likely weeks from deathwhen,  in October of that year, a matching donor liver became available at Baylor University Medical Center in Dallas. By the following June he was back at his old weight. At the time, fellow local pro and long-time friend Tony Hidalgo called him a “walking miracle.”

In our interview, Moya confirmed that none of the PGA professionals who run the city’s four municipal courses was consulted before the Albuquerque Parks and Recreation Department recently raised some golf rates, lowered others and created rates for 4-hole and 6-hole rounds in a bid to increase play.

“The idea that the city is considering new strategies to attract people with a half hour or an hour to play is a good thing – that they’re thinking outside the box,” he said. “But the concessionaires who live with the results need to be approached for their expertise.

“We’re all PGA professionals with access to national data – what’s worked and not worked across the nation. But we didn’t find out about it until later.”

He believes the 4- and 6-hole rates, while innovative, likely won’t work “because the courses aren’t set up for them.”

“They’re not going to stop at four holes, they’re going to try to get in as many holes as they can.”

Others in the local golf community also are scratching their heads as well, pointing out that it’s unrealistic to expect a player to quit after four or six holes at a point on the course that’s typically as far from the clubhouse as the player can get.

Additionally, if they do quit, that leaves the course ahead of them vacant – basically de-monetizing that tee time. Some have suggested that the 4- and 6-hole rates be added to the twilight golf menu so as to not diminish peak-time revenues.

“It’s always been busy, with seniors going off at 6 in the morning, followed by the 9-to-5ers starting at 5:30 and 6 in the evening,” Moya said.