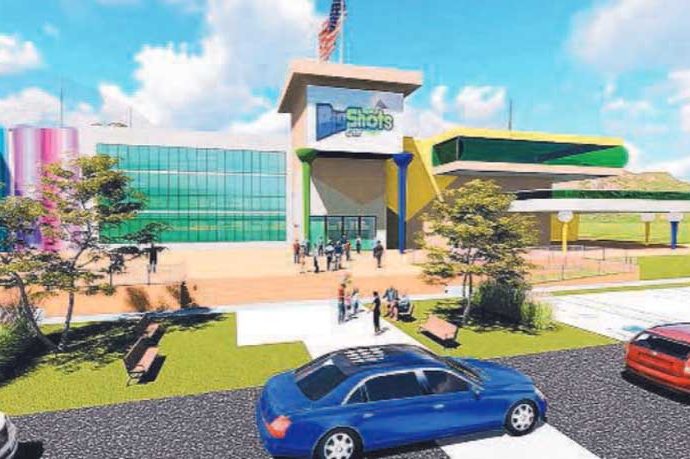 BigShots Golf will be a golf and entertainment center and feature climate-controlled range hitting bays, a putting course and indoor and outdoor dining areas.

“The (golfing) bays are attached to the building so you don’t even have to be outside. It’s completely independent of any inclement weather that we may have,” Johnson said.

BigShots will allow players the ability to compete across skill levels and the ability to trace and record both swing and ball flight statistics, he said.

Additionally, the cost to play is significantly less than that of similar facilities in other markets, he said.

The project will begin construction on land owned by the Martinez family that owns and operates MCT Trucking. Opening is projected for fall 2018, in time for the October opening weekend of the 2018 Albuquerque International Balloon Fiesta.

The proposed site lies on Balloon Fiesta Parkway, which runs west from Pan American Freeway to the balloon park, and is a major entry and exit thoroughfare for balloon fiesta traffic.

The concept is similar to that of TopGolf, a national concern that currently operates similar venues in  36 U.S. cities, with plans for 11 more. Topgolf also operates centers in Canada, Mexico, Australia, the U.K., and Abu Dhabi.

Topgolf bills itself as a kid- and family-friendly entertainment center for people who enjoy whacking a golf ball but don’t have time for a round of golf. An element of Topgolf’s business model is as a venue for parties and corporate events.