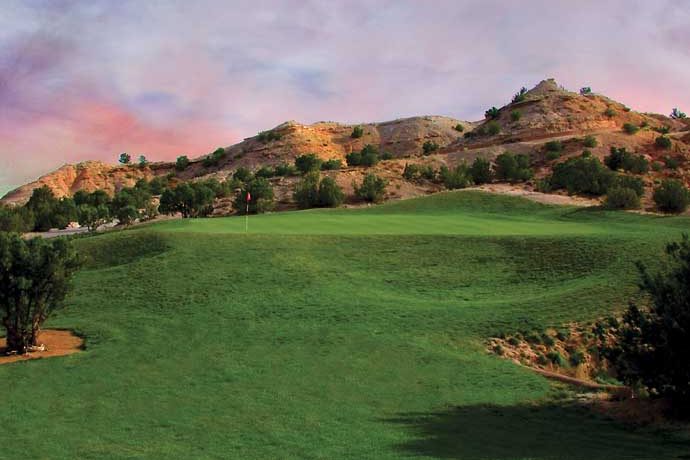 For the day when the COVID-19 lockdown eases, players looking for New Mexico golf resorts to escape to have plenty of terrific choices.

In Southern New Mexico, there's the Inn of the Mountain Gods, a top New Mexico golf resort run by the Mescalero Apache tribe just outside of Ruidoso.

The Inn of the Mountain Gods was the nation's first Native American-owned golf course. It was built by designer Ted Robinson and opened in 1975.

Each of the four golf facilities is an amenity of a tribally owned New Mexico golf resort: The Sandia Hotel and Casino, the Hyatt Regency Tamaya Resort and Spa, the Santa Ana Star Casino-Hotel and the Isleta Resort & Casino.

Outside of Albuquerque, on the east slope of the Sandia Mountains, golfers will find Paako Ridge Golf Club, ranked among the top 50 public courses, according to Golf Digest.

Paako Ridge is ranked first among the best New Mexico golf courses. It likely will start construction of a 60-room lodge and 18 cottages by 2022. In the meantime, it has developed relationships with top-notch Albuquerque and Santa Fe hotels and can arrange transportation to and from the airport, shopping or other golf courses. Paako Ridge is a semi-private club.

To the north, just north of Santa Fe, Pojoaque Pueblo's Towa Golf Resort, an amenity of the Hilton Hotels-managed Buffalo Thunder Resort and Casino has been restored to a condition that ranks it among the best New Mexico golf resorts. Its 27 holes offer views of the high desert that painter Georgia O'Keeffe loved.

Up U.S. 285 from Towa, just outside of Espanola, is Black Mesa Golf Club, operated by Santa Clara Pueblo. Golfers can opt to stay at the tribe's Santa Claran Hotel along the Rio Grande.

Farther north still is the Angel Fire Resort. At 8,500 feet above sea level, Angel Fire's golf course is the second highest in New Mexico. During the winter, Angel Fire, just one mountain valley east of Taos, is a popular ski destination.