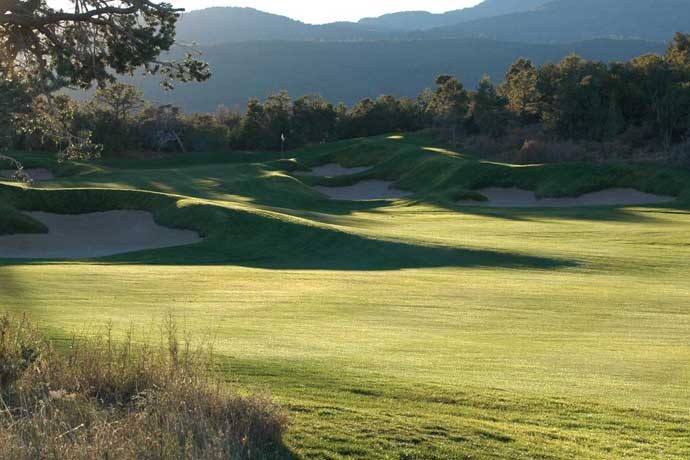 Courses will be part of the first wave of outdoor activities allowed to resume, along with parks and trails. The Sun Country Section PGA, Sun Country Amateur Golf Association and Rio Grande Superintendents Association have been lobbying for the reopening.

Changes in golf operations will include maintain social distancing, and likely include online payments, closures of restaurants and grills except for takeout, no rakes in bunkers and foam inserted in cups to allow players to retrieve their balls without having to touch the flagstick.

Derek Gutierrez, general manager of Santa Ana and Twin Warriors golf clubs, in an interview earlier this week, predicted that social distancing requirements will likely end the practice of golfers heading to the golf course without a tee time in the hopes of “walking on.”

“The social distancing likely to come with a reopening would likely preclude groups of golfers congregating around the clubhouse waiting to get on,” Gutierrez said.

Steve Virgen of the Albuquerque Journal tweeted that Albuquerque municipal courses were expected to open Saturday and will be taking tee times starting Friday morning.

Dan Boyd, state capitol reporter for the Journal, reported that Lujan Grisham expects that the state’s bars and restaurants could begin to reopen on May 15. At a news conference, she also said liquor stores will be allowed to reopen for curbside pickup only.

Frustration with the closure of golf courses in New Mexico in early March was brought to a head Monday when Grants Martin “Modey” Hicks, on Monday defied the governor’s order to remain on lockdown. He opened up the Grants City Hall and the city’s golf course. Four other businesses followed suit. But New Mexico State Police quickly showed up and with the threat of a $5,000 fine shut everything down.

“I am going to come back and golf today for sure and haven’t golfed in years,” Hicks told reporters before State Police shut down the idea.