Roger Cox & Associates has sold the acclaimed Paa-Ko Ridge Golf Club in Sandia Park, N.M., to a pair of New York City businessmen who specialize in turning around under-performing companies.

In a letter to about 500 Paa-Ko Communities home and lot owners, the course’s new owners, Tony Alvarez and Bryan Marsal, principals of the Manhattan firm of Alvarez & Marsal, announced the change of ownership in the No. 1-rated golf course in New Mexico.

In the letter, they also announced their intent to build a 62-room lodge and 18 guest cottages to attract tourists to the golf course. 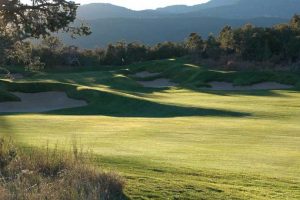 Also sent to the Paa-Ko Communities owners was a letter from Bruce Franks of Mountain Ranch Properties, part of Roger Cox & Associates, the builder of the golf course and surrounding community. That letter confirmed the sale and thanked residents for their support of the 18-year-old golf course.

A call to Roger Cox & Associates Monday was not returned. In a phone interview late Monday afternoon, Marsal said the deal included the 27-hole Paa-Ko Ridge Golf Club course and practice facilities, land for tourist accommodations adjacent to the practice range and water rights. The turfed area at Paa-Ko Ridge Golf Club is about 105 acres. He declined to disclose the purchase price.

“We looked at this situation and, with the right accommodations, we believe we can make something special,” Marsal said.

“Whatever we do will be first class,” he said. “I’m excited. It’s a beautiful golf course, a real gem.”

Alvarez & Marsal describes itself as a turnaround company that identifies quality businesses and properties that need management restructuring. Its founders are described on the company’s Wikipedia page as “workout”  specialists, a term used by banks or hedge funds seeking to salvage investments through management intervention in or debt restructuring of the companies they lend to. 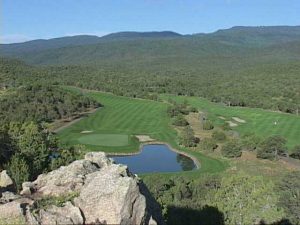 View from Paa-Ko Ridge Golf Club No. 17 back tee

Alvarez worked at Coopers & Lybrand. Marsal worked as a banker at Citibank. They formed their company in 1983, according to the Wikipedia page.

In the new owners’ letter, Marsal described himself and his partner as golfers who several years ago decided “to transition our love of the game into a business; to develop, own and manage a select group of properties that we could proudly share with our friends and the greater golfing community.”

In the phone interview, Marsal described their involvement in golf tourism as a “hobby” that doesn’t constitute their core business. Among companies they have helped steer to profitability they list Target, HealthSouth, Timex and Arthur Andersen, according to the Wikipedia page.

Marsal said he carries a 12 handicap and belongs to Winged Foot Golf Club in Mamaroneck, N.Y., and Alvarez, a 9, belongs to Ridgewood Country Club in Paramus, N.J. “I’m a 12 but it’s winter here in New York and I doubt I could play to a 15 or 16, but give me a month,” Marsal said. 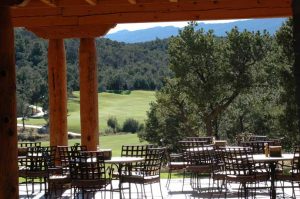 Among Alvarez’s and Marsals’ accomplishments was development from the ground up of Hogs Head Golf Club in County Kerry, Ireland, Marsal said. There, the pair built a 68-room lodge and cottages that gave tourists visiting the nearby Waterville Golf Links a reason to stay for more than a single round.

In his letter, Franks wrote that it was the dream of the late developer, Roger Cox, to build a new community on the east side of the Sandias that “would complement the natural beauty of the area.” The course’s routing through a hilly pinon and juniper forest accomplished that, making players sometime feel they are playing the only golf hole in the world.

Paa-Ko Ridge Golf Club was named by Golf Digest as the best new course to open in 2000. It was designed by Finger Dye Spann and has perennially been ranked as the top golf course, public or private, in New Mexico.

Paa-Ko Ridge Golf Club has stayed on Golf Digest’s “Top 100 You Can Play” list of public courses and currently ranks 46th on that list, and 34th on Golf magazine’s list – a testament to the quality of the layout and conditioning in light of the hundreds of new courses that have opened in the U.S. in the last 18 years.

Reached late Monday, Murray, the course’s superintendent/general manager, said he expects to meet with one of the principals of Alvarez as soon as next week.

The golf course was originally built as a loss leader to attract home buyers to the new high-end community, but over the years it has suffered from disappointingly low patronage by Albuquerque-area golfers for several reasons.

Besides the stagnant local economy, it lies at the fringe of the Metro area and it’s also is the most expensive golf course in a market known for its affordable municipal courses and Native American casino courses. Players who don’t live in the Paa-Ko Communities typically save a round there for a special occasion – a birthday or Father’s Day.

Paa-Ko’s peak high-season weekend rate with cart is $117. In contrast, the walking rate for 18 holes at the three Albuquerque 18-hole city courses is $31.50 with a $1 increase expected to kick in on April 15. Santa Ana Golf Club’s peak rate with cart is $65.

The concept of lodging at Paa-Ko is not new.

The original owners of Paa-Ko Ridge Golf Club recognized that the course could not sustain itself solely through local play. In the mid-2000s they commissioned the Albuquerque architecture firm of Dale Dekker & Associates to design a a lodge and “casitas” to attract golf tourists attracted by its Top 100 ranking.

Those plans were shelved with the collapse of the U.S. real estate market in 2008.

This story was updated at 6:15 p.m. Monday to include comments from Paa-Ko Ridge Golf Club General Manager Rob Murray.