Good Rental Clubs are the Key

There are the obvious joys of a trip to Hawaii, and then there are the joys of traveling to Hawaii without dragging golf clubs. The club-less version is something I’d recommend heartily. 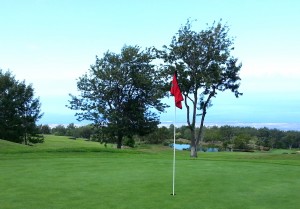 To set the scene, my time on Oahu was going to be without a car, which severely complicated the golf logistics — until I rang up Norm Guenther, publisher of Hawaii Golf News and Travel, Hawaii’s state golf newspaper. Norm also books golf packages. My best choice, he said, would be the Hawaii Prince Golf Club in Ewa Beach.

“But isn’t that on the other side of Pearl Harbor?” I asked. “Yes, but it has a shuttle from the Waikiki hotels. Which hotel are you staying at?” The Ilikai, I said. “Then you can catch the free shuttle at The Hawaii Prince Hotel, less than two blocks away.”

As the sun came up, I met the shuttle outside the hotel’s lobby, which overlooks the harbor from which Gilligan, the Skipper and crew departed for their three-hour tour, which took three years on TV to complete. The shuttle ride to the 27-hole Hawaii Prince Golf Club took 35 minutes.

Designed by Arnold Palmer and Ed Seay in 1992, the Hawaii Prince’s overall layout is flat, but it has multiple elevation changes tee to green that add challenge and visual interest. Players wind through a deciduous tropical forest beneath the final approach of airliners landing at nearby Honolulu International Airport.

On my trip from the Mainland, I had brought a glove, athletic shoes/walking shoes and a sleeve of Pro V1s. When I learned that I would be playing as a single, I hedged my bet and bought a sleeve of Bridgestone e5s — fearful of running out of balls far from the clubhouse.

The Prince’s holes are visually deceptive. Rises and mounds make it difficult from the tee to pick out a line and stay in the fairway. Four times I was certain my tee shot was OB in or near the woods, only to crest a rise and find my ball safely in the fairway or sitting up in the Bermuda rough.

The rental clubs were a pleasant surprise, too: TaylorMade Burner irons, woods and hybrids in great condition. A few years ago, golf properties in Hawaii quickly recognized the existential threat airline baggage fees posed and upped the quality of their rentals. Some, like the Hawaii Prince, continue to offer free or deeply discounted quality sets.

There are two shuttle pick-ups in the morning: at about 6:30 and 10:20 a.m., depending on your pickup point. Return runs leave the course at 2 and 5 p.m. A shuttle seat is reserved by the golf course when you book your tee time.

With parking so dear along Waikiki, my recommendation is take a cab from the airport (about $40, including tip) and rent a car only for day trips around the island. Like schlepping clubs after a long flight, the last thing you need in Paradise is having to worry about parking. 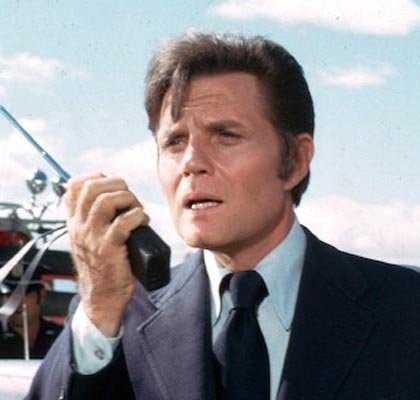 A footnote: I stayed at the Ilikai Hotel & Suites in an ocean-view condo owned by a friend. Jack Lord of the original Hawaii 5-0 series was famously photographed in the opening on an Ilikai balcony, and soundless reruns of the show loop continuously on a TV near the hotel’s registration desk. Although dated by modern hotel standards, the Ilikai is well-situated off the west end of Waikiki and is well-served by trollies and city buses. The night-time panorama from the bar in the Ilikai’s rooftop restaurant, Sarento’s, is worth the price of a drink and appetizer.

One regret: not getting to the Ala Wai near Waikiki, which hosted the 1960 Men’s Amateur Public Links Championship. Ala Wai is within walking distance from Waikiki hotels across the canal. The course, which opened in 1931, was once considered one of the best munis in the United States and its territories.

Golf on the Big Island

On the Big Island, a car is vital to seeing the most diverse of the Hawaiian islands. With a perennially sunny beach on the Kona side, a rainy forest on the Hilo side, a moonscape in the middle and the Kilauea Volcano belching steam and lava to the south, the Big Island resembles every place from New Zealand to New Mexico to Monterey and Panama. 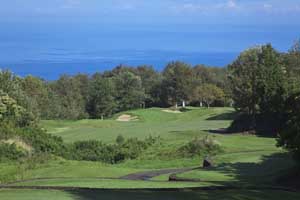 Eight miles inland from Kona, straight up the hill, lies Makalei Golf Club. “It’s the closest course to where you’re staying at the King Kamehameha Hotel,” Norm had advised. “It’s a very mountainous course, with peacocks and wild turkeys wandering around.”

With a 900-foot elevation difference across the course, I imagined a typically gimmicky mountain layout with balls bounding into the woods, impossible blind uphill approaches and a day of exasperation, but Norm promised I’d not be disappointed. At check-in, seeing that I was a single and a first-time visitor, the starter paired me with Chris, a Makalei member and the captain of a 42-foot charter sportfishing boat, the Ohana. He runs charters out of Kona and moved to the Big Island after a decade in Cabo San Lucas.

With Capt. Chris’ help, I navigated Dick Nugent’s ingenious 1992 design, which is indeed severely uphill, downhill and cross-hill and nearly impossible to walk. But each hole is fair, neither so crazily uphill or downhill nor loaded with severe doglegs that you wonder why you bothered. To Nugent’s credit, Makalei is an intelligent, traditional layout across steep terrain that generally treats a good shot fairly. Players simply must factor elevation changes and some hard-to-spot winds above the treetops into their calculus.

The rentals at Makalei were the second happy surprise: Taylormade RBZ irons, woods and hybrids in good shape. I still had all l six of my golf balls, but that changed on Maklei’s downhill Par 5 10th hole, where a pulled tee shot hit a cart path and bounded high into the forest, scattering a flock of bright yellow finches. Putting on Makalei’s bent-grass greens was tough, mostly because I failed to heed Capt. Chris’ warning that, despite the apparent break, all putts break to the ocean.

A round at Makalei goes for $89 and rental clubs cost $50. Like at the Hawaii Prince, Makalei gets plenty of tourist play but it has a decidedly local feel and absolutely none of the high-end nose-in-the-air attitude common at some high-end tropical golf destinations.

As Capt. Chris can attest, living in a place like Cabo where they charge $400 a round gets old. Same with visiting such places. Both Malakei and The Hawaii Prince were refreshing in their genuineness, quality, value and affordability. Norm’s sending me to both places was a tribute his local knowledge as a wizened golf newspaper editor who has been on the beat since 1981.