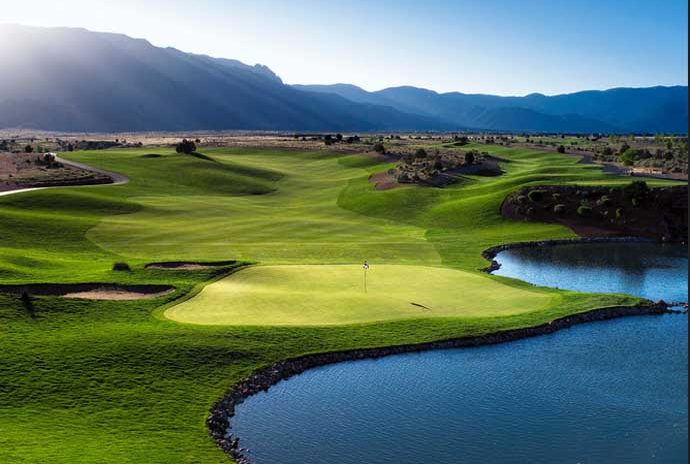 It took a playoff before the team of Evan Sales and Gerome Espinoza won the Sun Country Section PGA’s Pro-Pro Team Championship at Sandia Golf Club on Tuesday.

It was the section’s first tournament since the coronavirus shutdown.

Sales, 33 of Angel Fire Country Club, and Espinoza, 43, of Paradise Hills Golf Course, were the Day 1 leaders at 7-under. They followed that with a 5-under 67 on Day 2.

In the playoff for the Pro-Pro Team Championship title, they bested the team of Jordan Gibbs and Brad Lardon, both of The Club at Las Campanas near Santa Fe.

The team of Larry Lopez and Devin Miertschin fired a final round of 8-under to finish T3 at 9-under with Dustin Blair and Luis Delgadillo, both of Horizon Golf Club in El Paso..

Sig Dalen of Tanoan Country Club and Scott Lieberwirth, men’s head golf coach at the University of Texas El Paso, shot 8-under to finish T6 with the team of Ron Allen of Tijeras Arroyo Golf Course on Kirtland Air Force Base and Carlton Blewett of the Nancy Lopez Golf Course at Spring River in Roswell.

The goal is to expand outdoor seating to maintain social distancing if the coronavirus pandemic further limits indoor dining at the golf course’s snack bar and grille. Rader Awning of Albuquerque was doing the work.

Wine Event: At Sierra del Rio Golf Course in Elephant Butte, which narrowly escaped damage by a brush fire two weeks ago, is taking advantage of his spacious patio to offer “Wine Down Wednesday” at the Turtleback Mountain Taphouse & Grill on July 1.