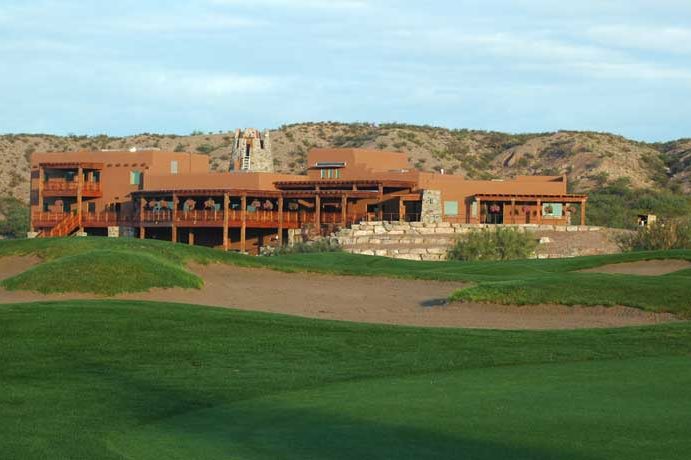 Picacho Hills Country Club is offering a premium certified 12-ounce ribeye steak or a half rack of 12-hour smoked baby back ribs. Either comes with a 16-ounce draft beer, sea-salt seasoned baked potato, jumbo grilled asparagus and a salted carmel pretzel brownie for dessert for $26.99.

The Turtleback Mountain Taphouse & Grill at Sierra del Rio Golf Course is offering the same menu but at $18.99 to welcome patrons back to the club’s dining facility.

The two golf properties are operated by Spirit Golf Management Southwest. The company took over the Sierra del Rio under a 10-year contract with its owner, the City of Elephant Butte. The city acquired the property in April 2017. Spirit Southwest began operations at Sierra del Rio on May 30

Sierra del Rio had been hanging on by a thread since 2014 thanks to the efforts of a group of community volunteers. Its owner planned to close it.

When the developer who built the course offered to give it to the city, Elephant Butte Mayor Eunice Kent recognized the potential of the course and its clubhouse to become a social hub for the community, and she led the effort to take over the course.

Sierra del Rio as a Social Hub for Elephant Butte

Sierra del Rio markets itself as a dining and entertainment venue for the entire Elephant Butte/Truth or Consequences area.

“It’s no longer a golf course with a restaurant; it’s a place where everybody goes for lunch or dinner, for a drink, to sit on the patio, to go dancing,” former Elephant Butte Mayor Eunice Kent said in a 2019 interview.

This spring, COVID-19 changed all that, but Barranger said the company is performing some long-delayed maintenance and will be welcoming back golfers from throughout New Mexico.