Three Qualify at UNM for US Open Sectional

All Three Qualifiers Have ABQ Ties 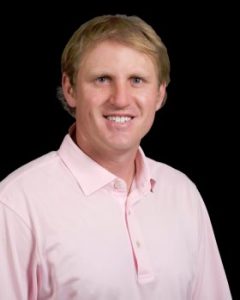 A Lobo, a former Lobo and a former Albuquerque Academy Charger locked up the three available spots at the Albuquerque US Open qualifier contested at the UNM Championship Golf Course in sunny but breezy conditions Tuesday.

Wil Collins, a MacKenzie Tour Canada player, was joined at 1-under by Chandler Stetson-Smith and Gustavo Morantes.

It was clear that local knowledge of the UNM course came into play.

Collins is a 2002 graduate of UNM. Chandler-Smith is executive director of the Albuquerque homeless-assistance agency, Heading Home. Morantes, from Caracas, Venezuela, is a UNM senior. He was a member of the UNM Lobo Men’s Golf Team during the just-concluded season.

The three will advance from the Albuquerque US Open qualifier to sectional qualifying, based on the preferences they indicated on their US Open entry form.

Once local qualifying concludes on May 17, they’ll be placed by the USGA in the field of their first- or second-choice sectional venue. The nearest sectionals will be held on June 4 at the Olympic Club Ocean Course in Lake Merced, Calif., and at Shadow Hawk Golf Club in Richmond, Texas.

Other Albuquerque US Open Qualifier News

Of note: Piedra Vista High School in Farmington had two brothers in the Albuquerque US Open qualifier field. Trey Diehl finished T6 at 3-over. His brother Tyler Diehl finished T24. Bowen Davis of Manzano High School, who won last week’s boys’ individual title at the Shootout in the Desert invitational at the Canyon Club at Four Hills last week, finished with a 5-over 77.

Here are the full results, provided by the Sun Country Amateur Golf Association, which ran the event.