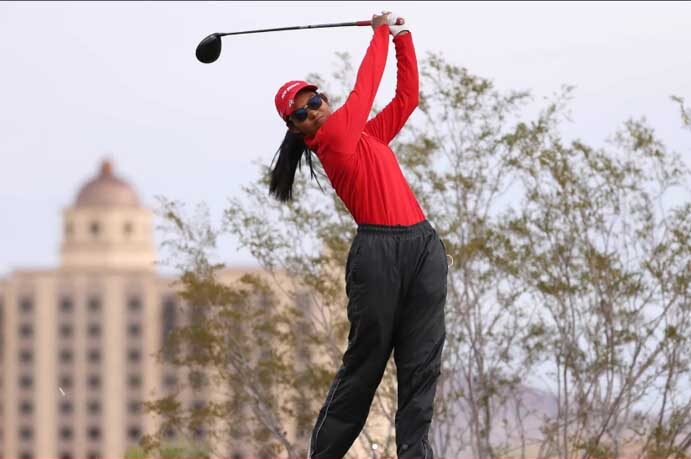 Lertsadwattana finished strong, posting a 1-under 71 on Day 3 after rounds of 1-over and 3-over the first two days.

Texas won the Wildcat Invitational in runaway fashion, outpacing second-place Oklahoma State by 25 strokes. Southern California finished third followed by Oregon in fourth and Arizona, which was playing on their home course, in fifth place.

Lertsadwattana's performance in Tucson echoed her result in the Lamkin Invitational in San Diego the a month ago, when she recorded 3-over, her score to par at Sewailo.

In the Lamkin, Lertsadwattana registered a career-best fourth-place finish. She shot a 73 in round one and shaved three strokes off in round two (a 2-under 70), which she squeezed in just before dark on Monday night. In the third round, she carded 76 for a three-round total of 3-over 219.