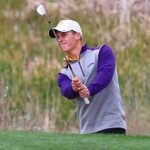 Scottish Native Has Uneven Day One At Shinnecock

Calum Hill, an alumnus of Western New Mexico University, posted a first-round 75 on Thursday at the U.S. Open at Shinnecock Hills Golf Club in Southampton, N.Y. Hill got to Shinnecock via the local USGA qualifier at NMSU.

Hill’s 5-over round put him in a tie for 41st place in the 156-player field as Day Two began. By mid-morning, several hours before his tee time, he had climbed to T-37 as players ahead of him with early tee times gave back strokes and fell back to the field. Hill’s Day Two tee time was 12:42 p.m. MDT.

Hill held steady in 11th place at 1-over through 13 holes of Day One until back-to–back double bogies on Nos. 14 and 15.

Prior to that, in a rollercoaster stretch on the front nine, he made two bogies, an eagle, a birdie, a par and a double bogey on No. 3 through No. 8.

The 23-year-old native of Scotland graduated with a master’s degree in business administration last month and snagged one of two local qualifying spots at the USGA qualifier at NMSU on May 14. On June 4, he tied for low score at at the sectional USGA qualifier in Summit Hill, N.J.

In other USGA qualifier news: 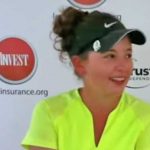 The same day, Aiden Thomas of Albuquerque’s St. Pius High School earned a spot in the USGA’s Junior Amateur Championship, which will be contested at Baltusrol Golf Club in Springfield, N.J., July 16-21. Thomas shot an even-par 72 at UNM. He finished in a tie with Brendan Powers of Mansfield, Texas, and bested Powers in a one-hole playoff. Twenty-eight boys were in the field. 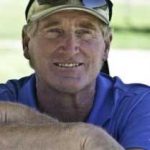 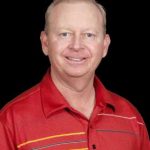 Bill Harvey and Kent Jones, both of Albuquerque, earned a trip to the U.S. Senior Open at the sectional USGA qualifier held at The Club Las Campanas in Santa Fe on May 5. Jones, a Portales native and former PGA Tour player, set a blistering pace with a 63, followed by Harvey, the concessionaire at Ladera Golf Course, who shot a 2-under 70, edging Greg Condon of Monte Vista, Colo., who finished one shot back. Condon won the 2017 New Mexico-West Texas Open at Paa-Ko Ridge Golf Club last June 25.

Jones and Harvey will compete in the U.S. Senior Open at the Broadmoor near Colorado Springs June 27-July 1.

At Paa-Ko Ridge Golf Club, a four-man team from New Mexico won the first-ever US Senior Challenge held in New Mexico. The competition was held June 5-7.

Brian Kern of El Paso was the individual winner, finishing at 10-over, two strokes better than Albuquerque’s Kevin Sivage.Richard Alarid of Santa Fe was the highest New Mexico finisher in the Super Senior competition, finishing fifth at 18-over.