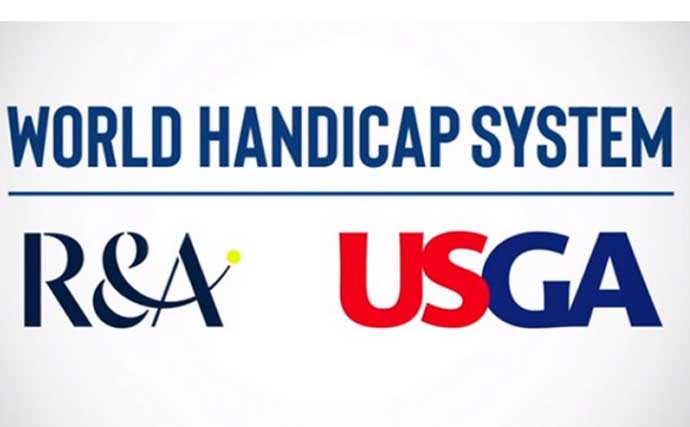 The World Handicap System, a new way of calculating amateur golfers’ handicaps worldwide, takes effect next month. Warren Von Worley, vice president of the Players Club at Santa Ana Golf Club in Albuquerque, described the new system in detail in the club’s newsletter. We reprint it here with permission.

There will be a new handicap system starting in January.  It’s called the World Handicap System. The current USGA GHIN system computes your handicap based on the 10 best scores from your 20 most recent rounds.

Under the new WHS, only your best eight rounds will count toward your handicap, so if those 9th and 10th best rounds aren’t so good, expect your index to improve. The 96 percent multiplier in the old handicap system goes away. This should make calculating index changes in your head a bit easier.

Currently, there are six different systems in place around the world. Today, when American golfers want to post a score abroad, they might discover that that course may not have been rated via the USGA Course Rating System.

Beginning next year, however, all courses across the world, except for a few, will have the same grading system, dubbed “The Course Rating System.” This is a significant change that required raters to get out and assess roughly 3,000 courses around the world.

You’ll only have to play three rounds, or six nine-hole rounds, to create a Handicap Index. The old system required five 18-hole rounds. This change makes it easier for brand-new players to establish a handicap. Under WHS, the new maximum index is 54.0 instead of 36.4 for men and 40.4 for women.

The old system would revise your index bimonthly, on the 1st and 15th. The new WHS system will update every single day, so it’s important to post rounds right after you play them.  Your great or not so great round today could impact your handicap tomorrow.

The USGA has a GHIN App that makes it easy to log scores immediately after a round. This has some ramifications for club tournaments. In the past, if a tournament took place on, say, June 24, your handicap from June 15 was used in that event, and all scores from June 16-23 didn’t matter. Now, those scores will count towards your index and have more relevance.

Under the WHS, equitable stroke control, or ESC, will allow a player to score a maximum net double bogey on a hole. The reason for the switch is the WHS ESC is consistent with the Stableford Scoring System which much of the world plays.

The table above compares the maximum allowed strokes under the USGA ESC and the WHS ESC for a selection of handicaps.

Similarly, a 25-handicap will have his maximum hole score either reduced or stay the same except on a par 5 where he gets two strokes.  Therefore, the single-digit player should see a small increase in his Index while higher handicap players should see small decreases in their Index due to the change in ESC.