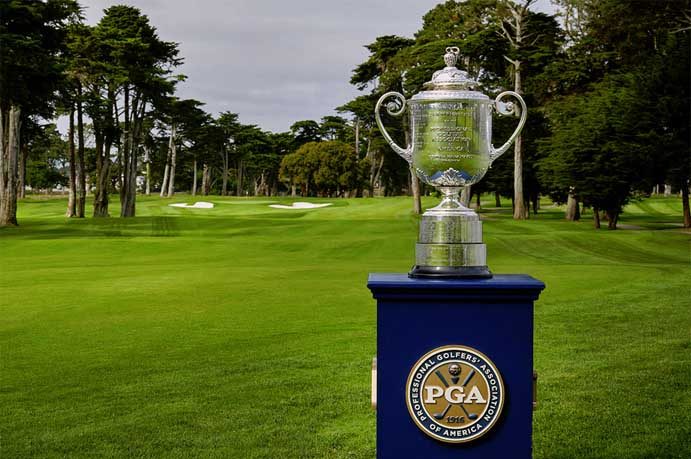 Brooks Koepka will get a chance at a three-peat when the 2020 PGA Championship is played at San Francisco's TPC Harding Park without fans, the PGA of America announced.

“The decision to play golf’s first men’s major championship of 2020 without spectators was made in coordination with the state of California and city and county of San Francisco, with the health and well-being of all involved as the top priority,” the PGA said in a news release.

Organizers will continue to monitor COVID-19 developments and work in concert with the state of California and San Francisco city and county public health authorities and the Centers for Disease Control & Prevention through Championship Week, the PGA said.

Koepka won the 2018 and 2019 PGA championships at the Bellrive Contry Club near St. Louis and at New York's Bethpage Black Course respectively.

In the coming days, those who purchased tickets for the Harding Park competition directly from the PGA of America will be contacted to facilitate refunds. Updates will be posted at pgachampionship.com and on social media @PGAChampionship, the PGA said.

Prior to its postponement March 17, the PGA Championship had been scheduled for play May 14-17.

TPC Harding Park, which is managed by the City’s Recreation and Park Department, is the fourth municipal golf course to host the PGA Championship.

The two-time defending PGA Champion will use the season’s initial men’s major championship to bid for history, as he’ll seek to become the first player to win the same major three consecutive times since Australia’s Peter Thomson claimed three straight Open Championships from 1954-56.

The field at Harding Park also will once again include the top 20 PGA club professionals, who will qualify during the PGA Professional Championship to be played in late July at Omni Barton Creek Resort in Austin, Texas.