Tom Fazio Design to Close by the End of May

COVID-19 has claimed a casualty in Sun Country – the Butterfield Trail Golf Course in El Paso.

The course will close by the end of May, saving its owner, the nearby El Paso International Airport, $1 million a year. according to the El Paso Times. 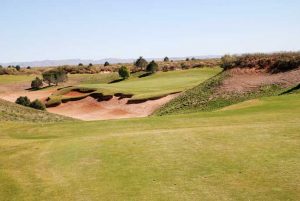 Butterfield Trail, a Tom Fazio design, opened 13 years ago as is part of an industrial real-estate development operated by the airport. Other parts of the package include industrial and hotel leases of land near the airport.

“It is with a heavy heart that the fiscally responsible decision to permanently close the course was made,” Monica Lombraña, the airport’s chief operations and transportation officer, said in a statement to the newspaper.

Airport-related expenses need to be reduced to focus on “essential airport operations,” she said. The airport’s traffic has plummeted due to coronavirus-related travel restrictions, the Times reported.

“Those of us who are golfers are very saddened to see Butterfield Trail” is closing,” El Paso Mayor Dee Margo told an online news conference on Wednesday. 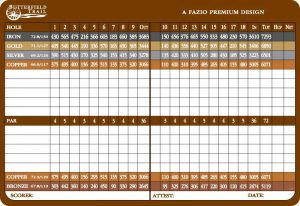 The par 72 Butterfield Trail plays 7,293 yards from the tips,

The golf course has been subsidized every year by the airport, he said.

The last round was played March 24. Butterfield Trail was closed on March 25 as part of the mayor’s stay-at-home order.

“It’s purely a cost factor because we have too many other services that need to be maintained at the airport, as well as our city services,” he said.

When it opened in 2007, Golfweek and Golf Digest rated Butterfield Trail as the best new course to open that year.

The announcement was the second half of double whammy for the airport, coming just days after a hotel company slated to build a $150 million hotel and water park in West El Paso abandoned the project, citing the economic downturn caused by the coronavirus pandemic.

Butterfield Trail was built at a cost of $11 million by the city-owned airport to help attract development to the airport land around it, and to El Paso in general, the Times reported.

Over the years, the course developed a bit of a rabbit problem. A fence around the property kept predators out, allowing the rabbit population to soar, leading to rabbit burrow hole damage to the turf.