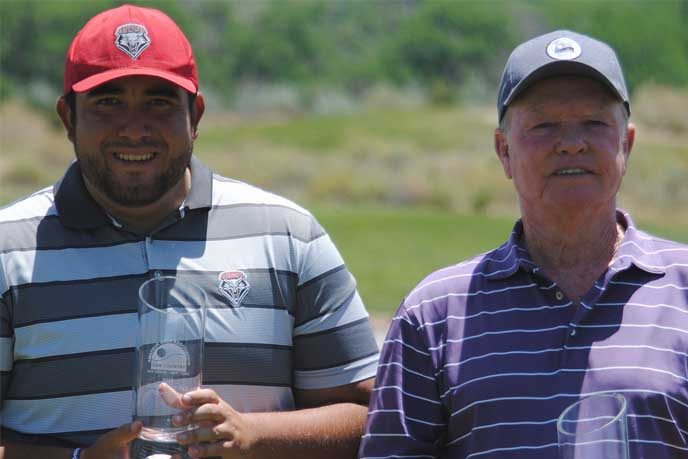 The team of Sean Carlon and Jack Slayton won the Championship Flight of the SCAGA Four-ball competition at Santa Ana Golf Club. Carlon of Paradise Hills Golf Club, a recently graduated UNM Lobo Men’s Golf Team member, and Slayton of the Canyon Club at Four hills finished two shots ahead of Chandler Smith-Stetson and Eben Harrell, both out of the UNM North Course.

The event, held by the Sun Country Amateur Golf Association at Santa Ana, is 54 holes held over three days each May.

Robert Gonzales and Anton Salome, both of New Mexico Tech, beat Ray Byrne of the UNM Championship Golf Course and Bryan Buie of Hobbs in a playoff for the Men’s Mid-senior Championship. Buie briefly played on the Adams Professional Tour.

Benton Spradlin of Santa Ana Golf Club and Scott Walker of Alto Lakes Country Club won the First flight of the Men’s Net Championship, five shots ahead of Jeffrey and Richard Alarid, both of Santa Ana.

Full results of the 2018 SCAGA Four-ball can be found at the SCAGA website.