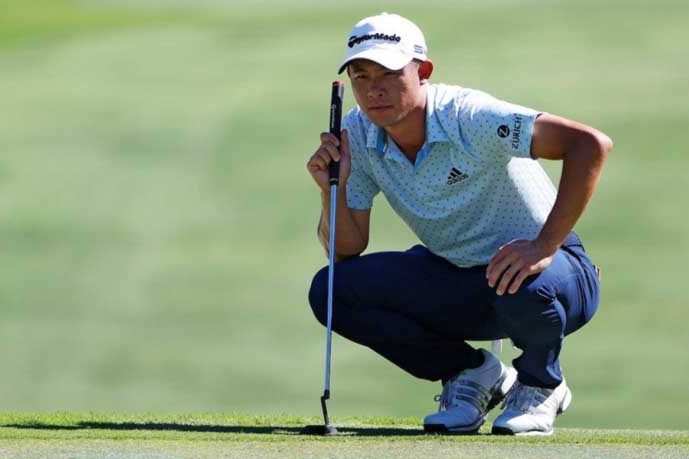 Faces Favorite Justin Thomas, Who He Beat in a Playoff Last Week

Collin Morikawa vanquished one of the top golfers in the world when he defeated Justin Thomas in a playoff to claim the inaugural Workday Charity Open and capture the second PGA Tour win of his career.

Collin Morikawa was one of the most active golfers on the tour before the COVID-19 pandemic and he hasn’t missed a beat since players were allowed to return to action. And when Morikawa is on his game there are few better, but he has also been known to struggle early and unable to get back on track.

The U Cal-Berkeley graduate stated, “This is a huge kind of stepping-stone. We got No. 1 out of the way, we got No. 2, let the gates just open, and let’s just keep going because obviously, it was a tough loss at Colonial a month ago, but I learned a lot. I learned a lot from last week or a week and a half ago at The Travelers after my missed cut. This is just more positives, more learning for me, and I’ve got to go back to, okay, what did I do great, what did I do wrong this week, how can I get better, move on to next week and make a lot of birdies.”

Collin Morikawa is now ranked sixth in the FedEx Cup standings while Thomas leads the pack with 1,843 points. Speaking of the 27-year-old Louisville native, Justin Thomas is the favorite to win The Memorial at odds of 10-1, just slightly ahead of Bryson DeChambeau, while Morikawa finds himself in very heady company, tied with Brooks Koepka, Hideki Matsuyama, Tiger Woods, and Webb Simpson at 22-1 to bring home the hardware.

Goldman Sachs Gets into the Swing

When we think of traditional, stodgy, old investment houses, Goldman Sachs registers high on the list. However, the powers that be are forging ahead in the 21st century with a new product and a fresh set of ideas to promote it. The company recently partnered with PGA Tour golfer, Patrick Cantlay, to spread the word about its new mobile banking app – Marcus.

If you are not familiar with the iconic financial brand then you will be by the time you are through watching The Memorial this weekend. Goldman Sachs has taken a giant leap into the world of professional golf with a blizzard of advertising featuring the 28-year-old Cantlay. Although the investment house is old, the Marcus mobile app is young, much like their spokesperson.

“Ultimately, the combination of what he (Cantlay) does on the course and what we do off the course we thought was a great partnership,” said Dustin Cohn, head of brand marketing for the Consumer and Investment Management Division at Goldman Sachs.

It was just over a year ago that Cantlay won The Memorial, a tournament founded in 1976 by the legendary Jack Nicklaus, with a four-round 19 under par. He will try to join Tiger Woods and become the second ever to repeat as champion and is tied with Rory McIlroy at 14-1 to win it again this year.

The golfers will be playing without any gallery due to the global pandemic, and Cantlay has stated that it has been an adjustment, “It’s weird playing for something that seemingly is so important with no one around. It’s sad to hit a really nice shot and have no one around you to celebrate. You just hear crickets.”

Golf fans will be pleased to know that Tiger Woods, a five-time winner of the Memorial, will be making his first appearance since the Tour was halted in March. Perhaps his arrival is due to a bit of good-natured ribbing by Justin Thomas, “I’m glad that he’s finally coming back out,” Thomas said after shooting a 6-under-par 66 to take a two-shot lead after 54 holes in the Workday. “I think he was starting to get a little sassy. I was telling him he’s scared to come out and play against all of us when he’s sitting at home, just trying to give him a hard time.”