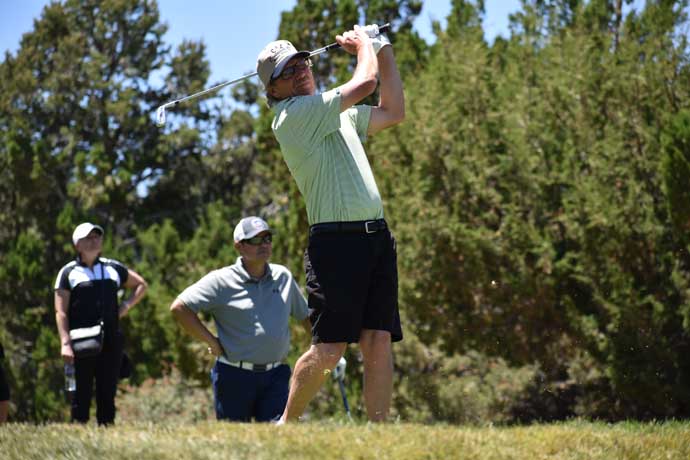 Condon won in 2017, the last time the event was contested at Paa-Ko Ridge. He is a perennial contender in USGA qualifiers for the U.S. Amateur and Senior Amateur.

Full results of the 2019 New Mexico-West Texas Amateur are here.

Breezy conditions made scoring difficult over the course of all 54-hole event.  Condon hung around just two shots off the lead after Friday’s opening round, then made a quick jump to the top spot after 36 holes with a second-round 71.

By the time the leaders made the turn Sunday, Condon had a commanding five-shot lead.

By virtue of his win, Condon also earned an automatic selection to represent the Sun Country Amateur Golf Association in the 2019 Pacific Coast Amateur which will be hosted at the UNM Championship Golf Course late next month.

Tucson Golf: Winter Golf without Spending Too Much Green 18146

Phoenix’s West Valley Gets a Winner with Victory Club 4795