His new job is director of operations with responsibility for all golf operations. He’ll have a significant role in achieving Paako’s goal of making the course a destination for out-of-state players. 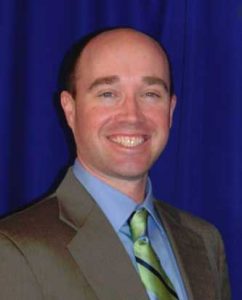 “One of our owners, Mr. [Bryan] Marsal, said he wants Paako to be the best, to set the standard and don’t settle,” said Pat Fogarty, Paako’s general manager.

“He said find the right person for the front of the house, so that a guest who is leaving is already booking their next trip.”

Paako Ridge is ranked No. 50 on Golf Digest’s List of Top 100 Courses You Can Play. The club recently changed business models, moving to a hybrid membership and daily-fee structure.

Fogarty said that as he was asking Lehner about possible prospects for the job, he realized he was talking to the ideal candidate.

His first day at Paako will be Sept. 28, Fogarty said.

In a heartfelt post to Facebook, Lehner thanked the staff at Sun Country and the two organizations’ partners, members and sponsors for what he called the highlight of his professional career so far. “Thank you for making me part of your world,” he wrote.

“Bittersweet is the word,” Lehner told New Mexico Golf News. “I thought I’d die with the Sun Country logo on my short, but it was an intriguing offer I couldn’t pass up.”

The Sun Country PGA and SCAGA boards have begun discussions about how to identify Lehner’s successor.

Lehner has run Sun Country Golf House, home to the combined section/amateur organization, for four and a half years.

He worked under previous Sun Country Section PGA executive directors Matt Williams and John Speary. Before that, he worked in media relations for the sports marketing firm SportsLink and for the Albuquerque Convention and Visitors Bureau.

During his tenure at Sun Country, Lehner brought together the staffs of the PGA section and SCAGA under one roof at their integrated headquarters in Rio Rancho, the third such professional/amateur organization in the nation.

Lehner improved the financial condition of the section, amateur association and Sun Country Junior Golf Foundation, and brought new players to the game through the PGA Junior League and other initiatives aimed at children.

He organized efforts to promote New Mexico golf to out-of-state players and, most recently, lobbied the governor to allow an early reopening of golf courses closed by the COVID-19 pandemic.

Dana Lehner also launched the Shootout in the Desert, a high-school golf event that, until the pandemic hit, annually brought together he best golfers in the New Mexico and El Paso Country, Texas, regardless of their high schools’ sports classifications.