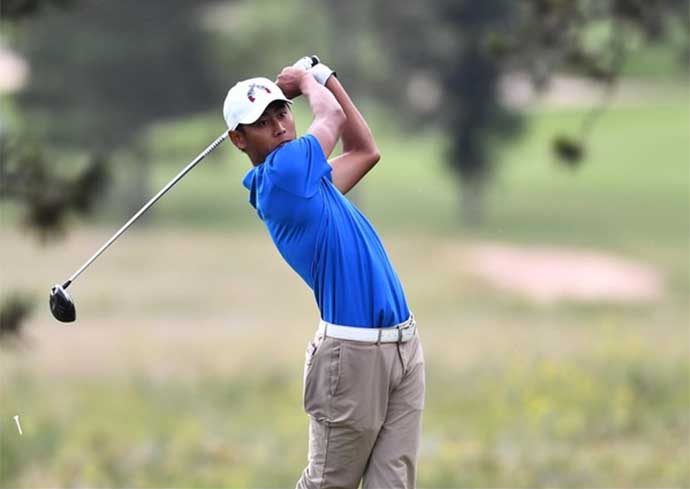 Harada, a native of Tokyo, shot way a two-under, 68 on the second day after ending Day 1 at even par.   Five strokes separate the top six players

Greg Yellin, a University of Texas at El Paso red-shirt freshman, who finished second in the 2018 New Mexico-West Texas Amateur Championship started the day at even par. He had the hot hand and finished at 4-under to shoot up the leaderboard to second place.

Aiden Thomas of Bernalillo and Josh Dawkins of Albuquerque were T4 at 2-over, followed by Javier Delgadillo of El Paso in sixth place.

The NMWT Amateur, the premier event of the Sun Country Amateur Golf Association, attracted a 62-player field to the venue in Horizon City just east of El Paso.

Eighteen players from the Albuquerque Metro area made the trip south.

Three-time champion Gregg Condon of Monte Vista, Colo, did not make the 500-mile trip to defend his 2019 title.

Full Day 2 results are here. The tournament wraps up Sunday.