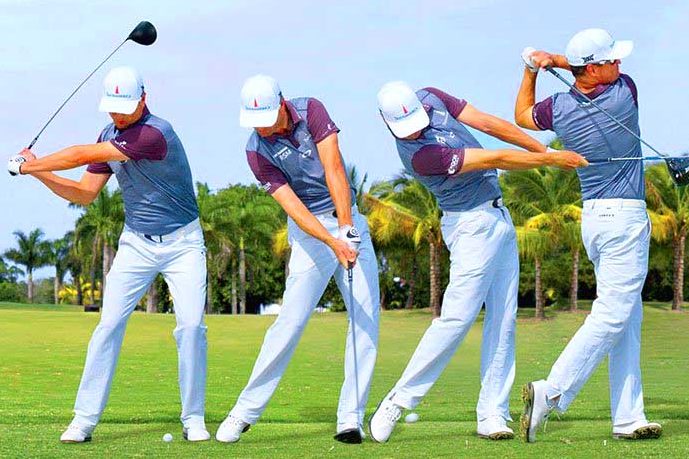 Altitude’s Effect on Distance is Significant

We’ve all experienced that moment. You’re on vacation far from home, you pure an iron into a green and …. WTF … it comes up 8-10 yards short. Only then do you realize you hadn’t considered the elevation difference and the effect of altitude on golf ball distance.

It happened to me yet again earlier this year. My friend and fellow golf writer Gregg Dewalt of the TimesDaily in Florence, Ala., got our foursome on East Lake Golf Club, home of The Tour Championship. We were two holes into our round on a course that varies from 954 and 1,035 feet above sea level. That’s when I realized I was making club choices as if I were still in Albuquerque, 5,280 feet above sea level.

The first two times I pulled an iron for an approach shot, I came up short. Yet again, I had forgotten to take into account the effect of altitude on golf ball distance.

In the group was Jeff Neuman, managing of The Met Golfer, the official magazine of New York’s Metropolitan Golf Association. After I holed out for another bogey, I explained why I’d come up short and vowed to recalibrate my thinking.

Later in the round,  I laid out for Jeff my idea for an article on the effect of altitude on golf ball distance. I told him the piece also would explore the effect of wind, heat and humidity on shot distance. This wouldn’t be about guesstimating. I’d talk to the top experts, I promised him.

Jeff liked the idea, which is how the piece, published under the headline,  “Something in the Air,” came about in the June-July issue of The Met Golfer.

The piece also explores the minute but measurable effects of gravity, even the effect of the rotation of the Earth on shot distance. Importantly, it explains how to calculate the effect of wind on distance and line.

I’d argue it’s must reading for players who regularly travel to lower or higher elevations.

Once you understand the individual and cumulative effects of the variables, you can walk onto the first tee, confident you know how far your well-struck shots will travel that day.

What better way to ensure a happy start to that golf getaway?

My thanks to the technical experts at TaylorMade, Titleist and the USGA. Thanks, too, to Golf Channel commentator Curt Byrum. Curt is a former PGA Tour players who played for the University of New Mexico Lobo Men’s Golf Team. While in Albuquerque, he personally experienced  the effect of altitude on golf ball distance.

To read what the experts say about effect of altitude on golf ball distance and calibrate your distance for your next golf getaway, click here.

Tucson Golf: Winter Golf without Spending Too Much Green 19791

Phoenix’s West Valley Gets a Winner with Victory Club 6177