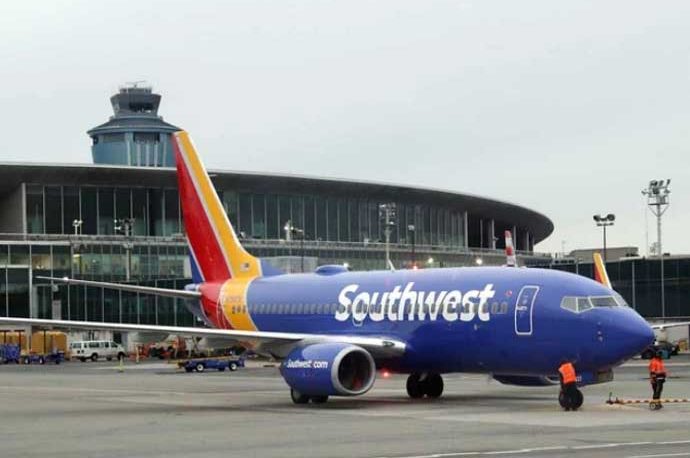 Golfers of the world have exactly one word of advice for Southwest Airlines:

In response to the growing drumbeat from Wall Street analysts for the airline to increase revenues through add-on fees, Southwest CEO Gary Kelly says the airline is working on new ways to generate revenue.

That has me and other golfers worried.

Methods of increasing revenues proposed in the financial media have included charging for expedited baggage handling for passengers buying higher-priced SWA tickets, and deviating from its open-seating policy by reserving exit rows and the first four rows for the exclusive use of business travelers most likely to pay more for legroom or the ability to deplane quickly.

According to Travel + Leisure magazine, Kelly did note “that the company would not be following other airlines in charging for things like checked bags, assigned seats and reservation changes.”

“That's not what we do,” he said on a conference call with analysts.

SWA offers two free checked bags and no charges no fee for itinerary changes, although a late change to a cheap advance-purchase “Wanna Get Away” ticket can mean a substantial fare increase.

Southwest does charge a variable “Earlybird” fee that frees the passenger from having to log on to its website exactly 24 hours before flight time to get a boarding group assignment. And it already charges for upgrades at the gate to swap an undesirable B or C boarding spot for a better one.

Other fee ideas being floated in the media by analysts also have included a SWA priority screening lane at TSA checkpoints; preferred boarding plus free drinks for those willing to pay more; and charging a fee to passengers buying its cheapest fares for the right to change their itinerary.

Southwest is a Favorite Among Golfers

Southwest Airlines has proven in surveys of golfers to be our preferred carrier because of two things: Its fares and schedules are generally competitive and it has a two-free-checked-bags policy.

Golfers lugging a set of clubs on a trip generally plan to play more than a round or two, which means a carry-on stuffed with a week's worth of clothes won't cut it, which is why the second free checked bag is so welcome.

Kelly knows this fee thing is a slippery slope. Once SWA loses its image as the quirky airline that cares, it's well on its way to becoming the newest member to the “Gouge Them for What We Can” club. As fees start getting tacked on, the space between SWA and the Uniteds of the world grow smaller.

Instead of fees, I'd like to think SWA would honor the memory of the late Herb Kelleher, a co-founder of the airline, by doing what it does better than the rest – getting people to and from places cheaply and efficiently.

It might speed up the boarding process, for example, so that once people are lined up in the A 1-60 lines, they board quickly, instead of milling around for what often can be an uncomfortable 10 to 15 minutes of foot-shuffling anxiety.

Another idea would be to increase baggage-handler staffing on the ramp and in the terminal so that when a plane lands there is little to no wait time around a clunky baggage carousel.

Saving everyone on the plane 15-20 minutes of waiting at the end of a flight by delivering bags more quickly than its competitors would indeed be something to brag about.