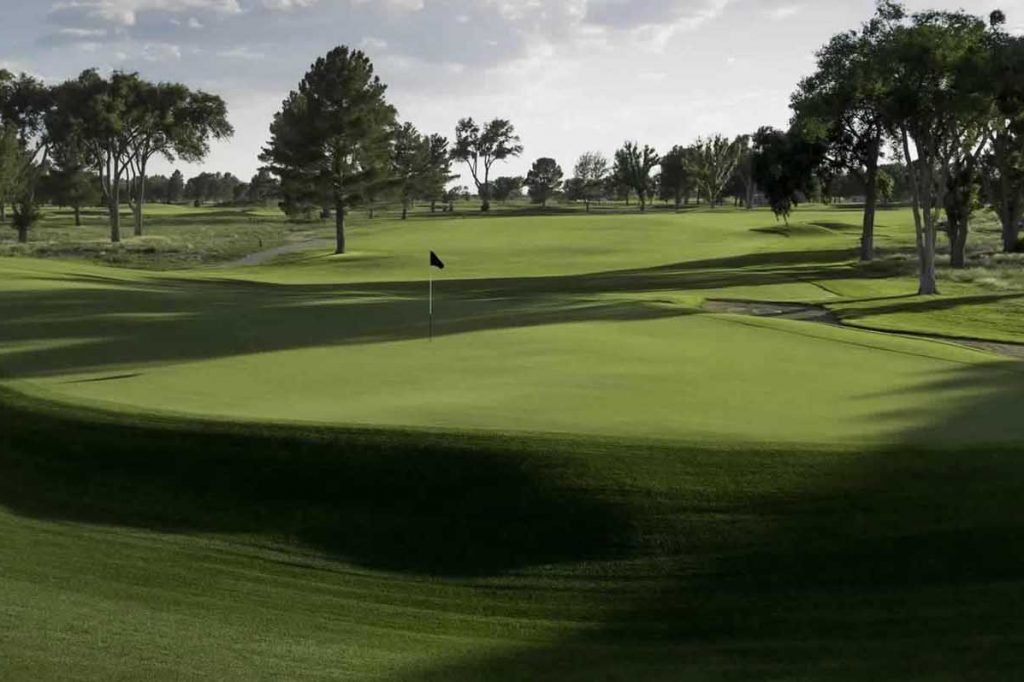 The 27-hole Rockwind Community Links golf complex opens May 18 with a tournament in which Couples will play. Trevino, former Senior Tour player Colbert and LPGA Tour fan favorite Natalie Gulbis will play in another event on May 22, which kicks off with a reception the previous evening at the Zia Park Casino in Hobbs.

The 18-hole championship course and a 9-hole course dubbed “L’il Rock” were designed by Andy Staples, a Scottsdale golf architect. They occupy the site of the former Ocotillo Golf Course, which was razed last year. The $12 million renovation is part of an effort by the City of Hobbs to build new community amenities using tax proceeds from last year’s oil boom. The course’s practice facility will be home to the First Tee of Southeastern New Mexico.

“The city is investing in quality of life and has built a new park and a wellness center,” said Rockwind Director of Golf Linda Howell, formerly the head of golf operations at the Towa Golf Resort in Pojoaque. The 7,100-yard Rockwind championship course minimizes water use. It is built in the style of Scottish-links inspired courses that built along the East Coast of the United States during the early 20th century. It features rock walls lining some fairways, elevated greens, coffin bunkers and a stream winding through the property.

All of the celebrities expected to attend the opening have some connection with New Mexico. Trevino, winner of 58 PGA titles, designed nine holes  at the Rio Rancho Country Club, now called Club Rio Rancho. He also played in money games in Southern New Mexico while working at an an assistant pro at an El Paso driving range. Colbert designed the links at Sierra Blanca. Gulbis was on hand for the opening of the Sierra del Rio Golf Course in Elephant Butte several years ago. Urlacher played football at Lovington High School and the University of New Mexico before playing for the Chicago Bears in the NFL.

Tucson Golf: Winter Golf without Spending Too Much Green 18160

Phoenix’s West Valley Gets a Winner with Victory Club 4809