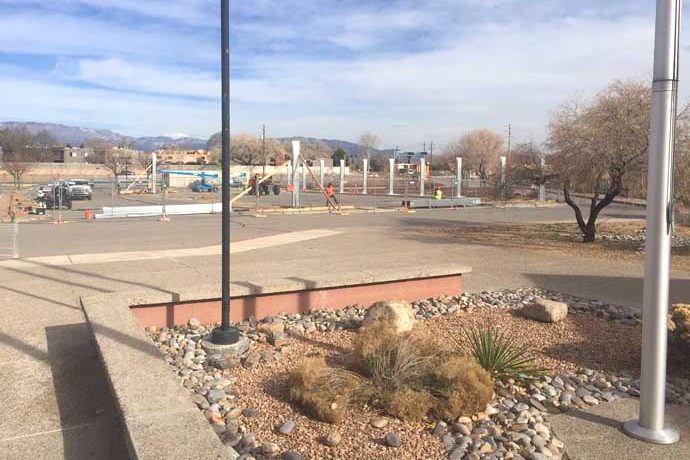 Visitors to Ladera will see construction in the parking lot for a few more weeks as a $1.16 million photovoltaic parking shade structure is erected.

The project started in early January and is expected to be completed by May 2.

The annual electricity savings is expected to total $65,540, Clelland said.

In all, 120 parking spaces, plus eight handicapped parking spaces will be covered by the photovoltaic canopy. The project is funded by Clean Renewal Energy Bonds.

“Under Mayor Keller’s leadership, we’re working to achieve the City’s sustainability goals,” said Dave Simon, director of the Parks and Recreation Department. “Solar power at Ladera Golf Course is part of the ‘green golf’ initiative, which will save energy and taxpayer money.”

There are currently no plans for similar structures at the city's other golf courses, Clelland said.

Ladera is making a comeback after years of neglect and poor maintenance practices. New cart paths were installed and turf improvements have been made.

In 2013, Ladera got than $2 million in irrigation improvements, plus another $750,000 for re-seeding and cart path improvements. The effort appeared to finally address the mud bogs, dust bowls and dust-strangled fairways that were once Ladera's hallmarks.

Tucson Golf: Winter Golf without Spending Too Much Green 18130

Phoenix’s West Valley Gets a Winner with Victory Club 4778