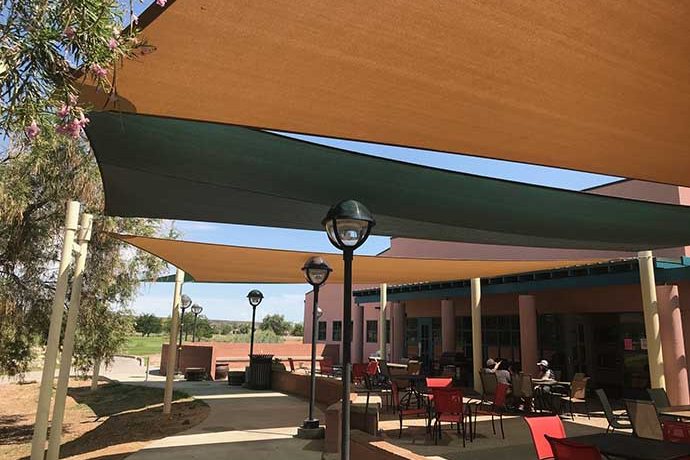 West-facing patio at Ladera Previously Was a Sun-baked Hell

It’s a wonder it wasn’t erected years ago.

With indoor dining off the table due to the Coronavirus pandemic, the sun shade breathes new life into Ladera’s food and beverage business. The shade, three panels of heavy-duty canvas stretched between anchored metal posts, provides welcome relief from the sun on the west-facing patio at Ladera.

“When the restrictions lift, we plan food specials and live music from 6 to 10 p.m. on ‘Thirsty Thursdays,’” Harvey said. “It’s been popular with the neighborhood. We’re trying to create a community atmosphere.”

A resident of Hobbs, Kirkes played varsity golf at Highland High School in Phoenix, Arizona, for two years and then finished his junior and senior years at Carlsbad High School, where he made first team All-State.