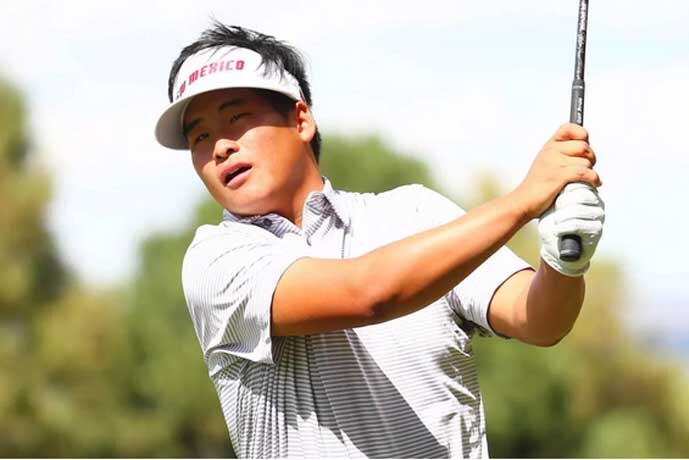 There’s lots of news coming out of the UNM men’s and women’s Lobo golf teams, including the announcement that Sam Choi was selected to be in the PGA Tour’s Golf University Class of 2022, which offers a chance at eligibility for the Korn Ferry Tour.

The other news concerns the two teams’ academic achievements.

The women’s squad achieved the top grade-point average of any women’s golf team in the nation for a third straight year, according to the Women’s Golf Coaches Association.

They took home the WGCA’s All-Scholar Team GPA Award while also winning the Mountain West golf title for a ninth time. The Lobos’ ten team members accumulated an outstanding average GPA of 3.993 during the 2020-21 school year after breaking the program record for single-semester GPA with a 4.02 this spring.

The story from the men’s side of UNM’s golf headquarters is much the same.

The men’s squad was named a recipient of the Golf Coaches Association of America Presidents Special Recognition for posting a GPA of 3.5 or higher for the 2020-21 school year, marking back-to-back seasons on the list. The men also won a Mountain West golf title this year.

UNM was one of just 41 programs in NCAA Division I to earn the Presidents Special Recognition. Richmond led the group with a 3.85 GPA.

Lobo men’s coach Glen Millican, whose teams have won the Mountain West title seven times, has been named Mountain West Coach of the Year five times, most recently in 2019.

Sam Choi, ranked No. 29 in the nation by GolfStat, ais also a three-time Mountain West Golfer of the Week and 2018-19 Mountain West Co-Freshman of the Year. Sam Choi also made the GCAA PING All-Region team and was a PING All-American Honorable Mention honoree.

The PGA Tour University Ranking is designed to identify the best college golfers based on winning, competitiveness and season-long performance. At the conclusion of the 2022 NCAA D-I Men’s National Championship, the top-15 players in the Class of 2022 will earn status on the Korn Ferry Tour or a PGA Tour international tour such as the LatinoAmerica Tour.

Phoenix’s West Valley Gets a Winner with Victory Club 6173