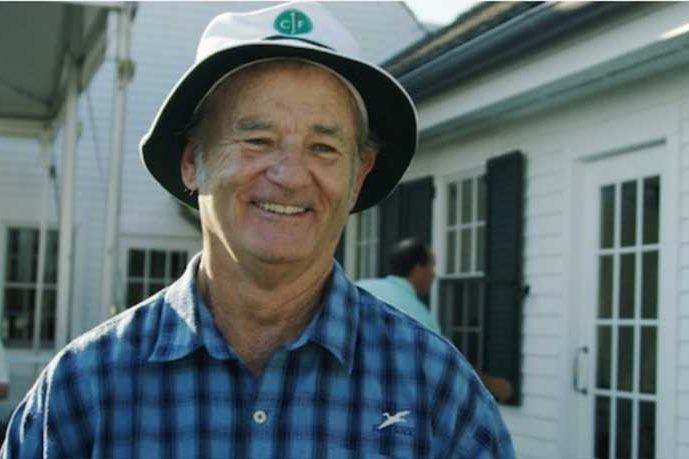 Loopers Tackles the Multi-faceted Relationship Between Players and Caddies

Let’s put it this way: A non-golfer who watches “Loopers; The Caddie’s Long Walk” comes away with an understanding of the game, its complexities and the complicated relationship between players and caddies.

On a par with “The Legend of Bagger Vance” and head and shoulders above “Tin Cup,” Loopers lays out what a caddie does, what caddies mean to the game and what caddying has done to bring black and brown players to golf. Seeing the movie should be a prerequisite for any non-golfer who seeks a relationship with someone committed to the game.

One clip sums it up: A caddie is a “psychiatrist and mother and father figure” to a player, said Trevor Williamson, a caddymaster in the U.K.

Request a N.M. Screening of Loopers, the Movie

Although the film, set for release much of the U.S. next week, has not yet been scheduled for a showing in New Mexico, its producers have provided a link to movie-goers who want to see it to request a screening in their town any time after June 7.

The 80-minute documentary, narrated by Caddie Hall of Fame member Bill Murray, jets between Ireland, Scotland and the West Coast of the U.S. as it seeks to explain caddying and how it helped the game grow first in the British Isles and then in the United States.

For someone who knows little to nothing about golf, by the end of Loopers, they will have a respect for the game’s complexities, its history and the bond between player and caddie. After watching it with me, a friend who doesn’t play golf and who admits that his attention span is short, came away wanting to learn more about golf history.

.For that alone, Loopers Director Jason Baffa should be lauded.

Alternating among and between Ireland’s Ballybunion and Lahinch and Scotland’s Carnoustie, Prestwick and the Old Course of St. Andrews, Loopers methodically lays out what caddies do, how they do it, how their craft developed, and how their social standing and compensation have evolved since the days of Old Tom Morris.

It invests itself in the relationships of some of the great players and their caddies: Tom Watson and Bruce Edwards; Tiger Woods and Steve Williams; Arnold Palmer and “Iron Man” Nathaniel Avery; and Nick Faldo and Fanny Sunesson. The film notes that perhaps former teacher Michael Greller who turned PGA Tour caddie and Jordan Spieth might be the most sympatico player-caddie couple in recent years as Greller mentors Spieth on how to handle the emotional highs and lows of a PGA Tour competition.

Masters winner Fuzzy Zoeller speaks volumes in describing his relationship with Augusta National caddie Jariah Beard during his Masters win as that of “a blind man being led around by a seeing eye dog.”

The closest Loopers comes to Murray’s/Carl Spackler’s line in “Caddyshack” – “A kid from Nowhere… a Cinderella Story” – is the film’s recounting of the story of Greg Puga. Puga was a former Bel-Air Country Club caddie who won the USGA’s 2000 Mid-Amateur Championship for amateurs older than 25 at The Homestead. The win earned Puga a spot in the 2001 Masters, where he missed the cut.

Lee Trevino, a trailblazer for Hispanic golfers, makes a single appearance in Loopers but it’s an important one. He noted that the first black and brown players to play on the PGA Tour came from the caddie ranks. That makes sense, since in an earlier, although not so long ago, era, neither caddies nor people of color were allowed in the clubhouse of most country clubs unless they doubled as cooks or waitstaff.

The film’s historical depth is impressive: How the first 300 caddie imports from the U.K. in the late 19th Century were the seed stock for the growing U.S. game; how the English claimed Mary Queen of Scots’ execution justified because she allegedly played golf mere days after her husband, the Lord Damley, was murdered; how courtesans were pressed into service by rich golfers to help them find their balls on the course.

If the movie drags at all, it’s in the sections devoted to broadening the reach of golf and caddying by explaining the Chick Evans caddie scholarship program, which has raised $60 million a year in college scholarship for caddies. The film also devotes time to golf’s role in including the disabled in mainstream society.

But those slow bits are a small price to pay for a myriad of touching scenes of caddies and players tearfully celebrating the final putt to win a major, and the enduring relationship between top players and their caddies over decades. All and all, “Loopers” is a must-see for any serious golfer and anyone serious about getting to know a golfer.