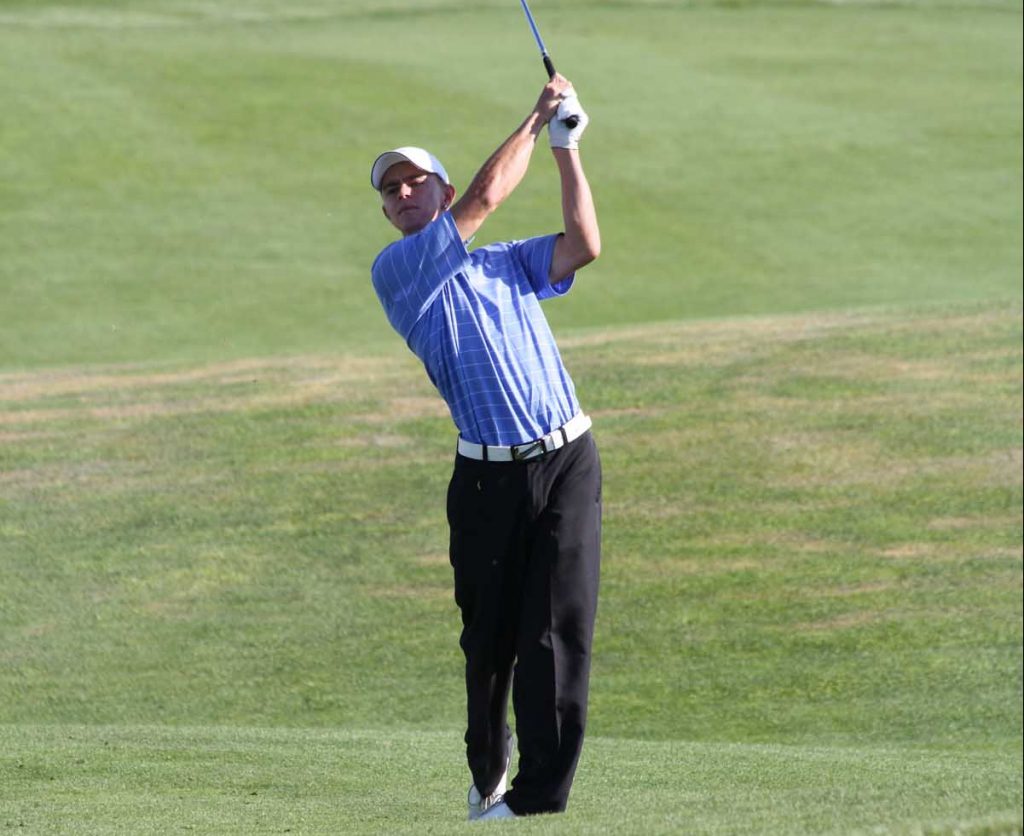 What was shaping up as a so-so year in his second season on the eGolf Professional Tour turned brighter Thursday as former New Mexico State University golfer Tim Madigan notched a second consecutive top 10 finish at the Northstone Open in Huntersville, N.C.

The Northstone performance and $2,625 check followed a T3 finish and a $5,330 check a week earlier at the eGolf Professional Tour's Salisbury Classic in Salisbury, N.C.

Madigan turned pro when he won going away at the 2011 New Mexico Open at Santa Ana Golf Club. He did not play in the 2012 event, opting instead to compete on the Mid-Atlantic-centered eGolf development circuit.

In 2012, he finished 21st on the eGolf money list with $37,068 and two top finishes, including a late-season win at Northstone last October.

Madigan's Northstone title defense this week started strong. He held the 36-hole lead Wednesday night following a round of 65, but bogies on the final three holes on Thursday dropped him three shots behind the winner, Frank Adams.

Madigan's father, Steve, planned to caddie for him at the first stage of the Web.com qualifying next week. Tim Madigan said Friday he planned to stick with the short putter and was gaining confidence in it even though it failed him during the 2013 New Mexico Open, where he missed the cut.

The four-event Web.com Q School is important because the former PGA Tour Q School no longer exists. Now, the only way for a rookie to gain exempt status on the PGA Tour is to excel during a season on the Web.com developmental tour.

At the end of next year's Web.com regular season, the 75 top Web.com finishers will compete with the 75 lowest finishers from the PGA Tour's 2013-2014 FedEx points list. About this time next fall, the merged field will vie for 50 available spots on the 2014-2015 PGA Tour season.

Despite the new requirement that rookies gain “seasoning” by spending time on the Web.com Tour, a three-time Web.com winner earns a “battlefield promotion” — meaning that player immediately gains status on the PGA Tour for the remainder of the regular season.

Tucson Golf: Winter Golf without Spending Too Much Green 18130

Phoenix’s West Valley Gets a Winner with Victory Club 4778