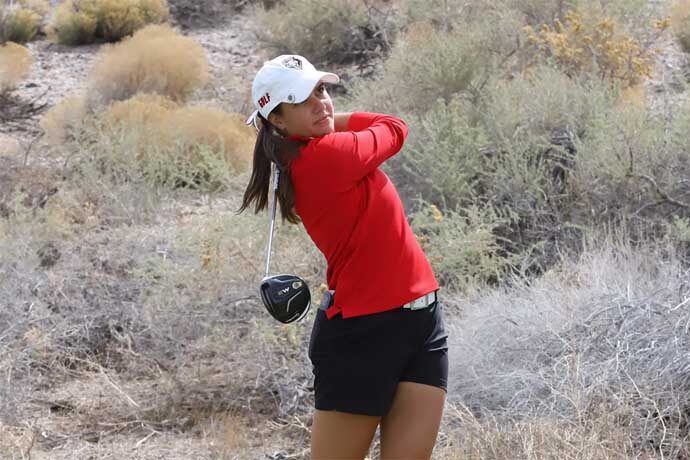 McDonald tied for fifth place overall individually after shooting a 72-71-72 on the par-72 golf course. Over three days she posted 11 birdies.

The top five teams finished just nine strokes apart. New Mexico finished 9-over, six strokes out of second place and nine shots behind Denver. Pepperdine took second at 3-over and Washington finished third at 7-over.

The Lobos posted the third-most birdies on the competition (45).

McDonald was followed by sophomore Napat “Jenny” Lertsadwattana, who finished T13 overall. She shot 72-75-71 to finish at 2-over.

Sophomore Lauren Lehigh finished third for UNM, tying for 18th overall. She shot a 73 in all three rounds to finish at 3-over. She matched McDonald’s 11 birdies to tie for ninth in birdie production.

Senior Caroline Jansson tied for 31st at 8-over.

Sophomore Chloé Lauer rounded out the Lobo lineup, finishing T45. The New Mexico individuals included senior Serena Chon, junior Kamie Hamada and redshirt-senior Reva Morris. Chon were tied for 38th at 10–over, followed by Hamada at 11-over and Morris at 18-over.

Next up for the Lobos:New Mexico is set to travel to Rancho Mirage, Calif., for the 2021 Mountain West Championship April 20-21.

Bullseye Golf Center, 8212 Menaul Blvd. NE, has once again been named to Ping's list of the top 100 clubfitters in the United States. The shop, opened in 1976, is operated by brothers Gene and Rob Scott. It's located in the Hoffmantown Shopping Center. The Scotts recently were recognized as one of Mizuno's top clubfitters.

Local amateur-turned PGA professional and golf instructor Monty Mills has left GolfTec, a club-fitting and instruction center at 419 Mountain Rd. NW, to join Puerto del Sol Golf Course, where he'll give instruction. Mills has been the subject of a past New Mexico Golf News story for his penchant for making holes-in-one. He has seven.

Paako Ridge Golf Club which opened in March for the 2021 season, has new leadership. The general manager of the Cedar Crest golf course is Bill Delayo and the director of golf is Jeff Biggs. They join Dana Lehner, who left late last year as executive director of the Sun Country Section PGA to become Paako's director of golf operations. Delayo replaces former GM Pat Fogarty. Paako is  No. 50 on Golf Digest's ” Top 100 You Can Play” list.

Phoenix’s West Valley Gets a Winner with Victory Club 5691 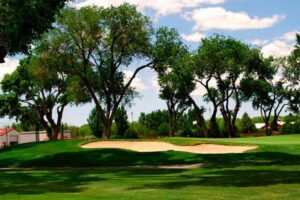