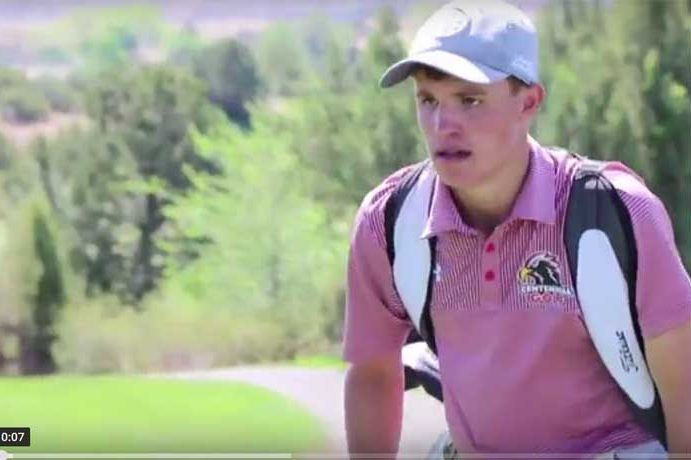 Gillihan held the lead in the final round but made on triple bogey on 18, opening the door for Enrique Armijo of Cleveland High School. Armijo holed a crucial putt but signed an incorrect scorecard and was disqualified, giving the title to Gillihan.

The Piedra Vista boys team had entered the two-day competition on a mission of redemption after a wrong scorecard disqualified them from winning the 2017 6A boys title. Panthers coach Tom Yost described his team as motivated this year.

New Mexico Activities Association Sports Information Director J.P. Murrieta posted a video news story on the drama of the 6A boys competition on the NMAA website.

St. Pius won the 5A girls championship,well clear of the second-place finisher Artesia.

The A-4A New Mexico state golf championship was held at the Canyon Club at Four Hills. Click here for complete results for the 5A New Mexico Golf Championship.

This story was updated to reflect the winner of the 5A girls playoff.