Picacho Hills Country Club in Las Cruces, New Mexico has been sold to Spirit Golf Management Southwest. The new owners take over from Don and Louis Biad who have run the golf course for decades.

Picacho Hills is a private golf course that has homes surrounding the property. With a strong membership base, the course has been operating since the 1970s.

The membership base is what attracted Spirit Golf Management Southwest. The course measures around 7,000 yards from the tips and is a challenge to all levels of golfers. Picacho Hills is known for its lush Bluegrass fairways and Bentgrass greens. 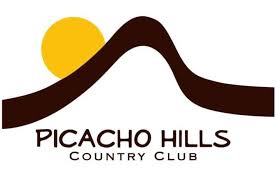 Spirit Golf Management Southwest says its goal is to make Picacho Hills the finest golf course in the southern part of New Mexico and West Texas.

The company has plans for improvements for the property and believes there are brighter times ahead for Picacho Hills Country Club.

This is not the only course that Spirit Golf Management Southwest owns or operates in the Southwest.

Both were on the ropes when Spirit Golf Management Southwest stepped in. The Tom Fazio-designed Butterfield Trail was closed by the City of El Paso in April.

The company, which has managed Picacho Hills since March 2019 had planned on finalizing the sale in the summer of that year but had problems securing a new liquor license, which slowed the deal. Then the Covid-19 pandemic hit. The sale finally closed in September.

The liquor license was a condition for the sale, which will allow weddings and banquets to be booked once COVID-19 restrictions are lifted by the governor. Spirit Golf Management Southwest plans to use the club for community events and needed the liquor license to make that happen.

The facilities also have a driving range, pickleball and tennis courts and there is a restaurant and bar. Spirit Golf Management Southwest also has plans to build an events center on the  location of the old pool and will be putting in a new pool elsewhere on the property. There are also plans for redoing some of the tennis courts.

The partners are waiting until the pandemic is over to reach out the members to see what their priorities are. They also want to reach out to the community and start to capture new members.