With the holidays and cold weather upon us, it’s time to talk golf gifts, playing golf somewhere warmer and better golf through the miracle of technology. In that spirit, here’s a compilation of ideas for golf gifts, a local connection to Subtle Patriot golf, places to go, plus some news about the shakeup in the CBS Sports golf broadcast-talent lineup.

Just a Southwest Airlines nonstop away: The Waste Management Phoenix Open sports the largest crowds on the PGA Tour each year. It returns to Scottsdale, Ariz., Jan. 27-Feb. 2. The “The Greatest Show on Grass” has gained legendary status with attractions like the 16th Hole – one of the most famous and well-known holes on the tour. For tournament week, the 16th at the TPC Scottsdale’s Stadium Course is transformed into a Roman Coliseum-style arena that entertains 15,000 fans. When each day’s golf ends, the party heats up at the Coors Light Bird’s Nest, where some of the biggest names in music, including Kid Rock, Tiesto and Dierks Bentley have performed. Admission to Monday and Tuesday practice rounds is free. General admission to Wednesday’s Annexus Pro-Am and Thursday’s and Sunday’s rounds is $45 per day. Admission to Friday’s and Saturday’s rounds is $60 each day. Find detailed ticket information here. 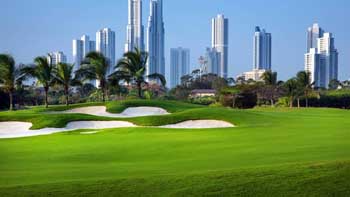 Head to Panama: Did you know that Panama hats are actually an import from Ecuador? Talk about cultural appropriation. Anyway, if you’re looking for a new golf destination, New Mexico Golf News Editor Dan Vukelich has published a piece on the golf travel website WheretoGolfNext about golf in Panama. The country has 14 courses, two of them designed by Jack Nicklaus. While you’re there, the Panama Canal is a short trip up the road and the $15 entry fee to the Miraflores Locks viewing platform and museum is definitely worth the price.

From the magazine’s Cypress Point entry:

“Bob Hope once memorably summed up Cypress Point: ‘One year they had a big membership drive at Cypress. They drove out 40 members.’ Hope was himself a member for more than 40 years, but he didn’t recall playing there more than a half-dozen times outside of the “Crosby Clambake.” He still paid, however. At the end of every year Cypress Point divides its total operating costs evenly among the members, even if they never set foot on the property that year.” 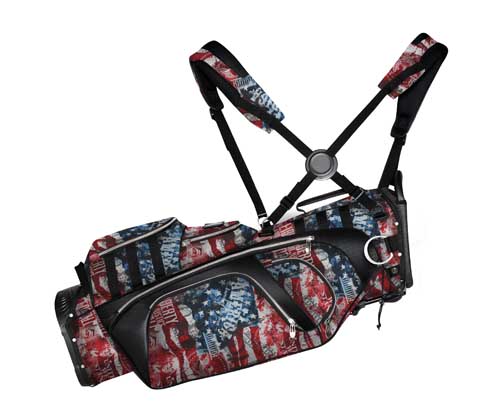 Show your stripes: Subtle Patriot makes golf, travel and shooting sports gear dedicated “to honoring our nation and increasing awareness and support for our veterans.” Run by former OGIO executive Tom Gocke, who tired of corporate life, the company donates a portion of all sales to NS2 Serves, an organization that trains military veterans for civilian careers. NS2 is an all-volunteer operation, meaning 100 percent of the money goes to the veteran training. A New Mexico bonus: The local rep for Subtle Patriot is Roger Martinez, former head of Santa Ana and Twin Warriors golf clubs. Reach Roger here.

How to stay warm: From the Morning Read: 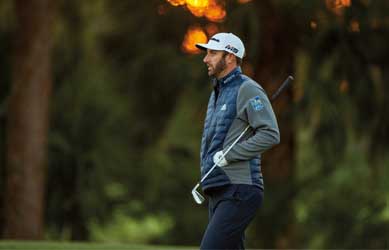 Today, many golf apparel companies have addressed that issue with super lightweight quilted jackets that are every bit as stylish off the course as they are providing warmth and an uninhibited golf swing on the course. Adidas Frostguard, a new full-zip jacket and insulated vest layering collection for men and women, is specifically designed to extend the golf season during colder months. Both incorporate down-filled panels on the front and back body that keep warmth where it’s needed most, but are super lightweight so they aren’t bulky. The Frostguard jackets (men’s, $200; women’s, $180) and vests ($170/$150, respectively) go with all of Adidas’ layering options for when the temperatures start to drop.

Want to walk more? Maybe you need a new bag. Golf.com has published its list of the best lightweight bags.

The New Hot Golf Ball: The maker of the ELIXR, the 2019 Golf Digest Hot List Gold Winner, is extending its promotion into the holidays. Get two dozen ELIXR performance balls for $49.88 and save $20. Get two of the company’s softer AVANT balls for $30 and save $$18. Shop online at OnCoreGolf.

Joining CBS Sports: Michelle Wie, the five-time LPGA TOUR winner, will contribute to CBS Sports’ multimedia golf coverage this season, including the Masters. Earlier this year, Davis Love III was also announced as full-time golf analyst for CBS Sports. For the 2020 golf season, newcomers Trevor Immelman and Love will join veterans Jim Nantz, Nick Faldo, Ian Baker-Finch, Nobilo, Pepper, Mark Immelman, Amanda Balionis and Catalon throughout CBS Sports’ coverage of the PGA TOUR, Masters and PGA Championship. Dottie Pepper, who joined the Network in 2015, has been elevated to lead on-course reporter. Pepper is a 17-time LPGA winner and two-time Major Champion, winning at the Nabisco Dinah Shore (now the ANA Inspiration) in both 1992 and 1999. She was honored in 1992 as the LPGA Player of the Year.

Recognized: The eighth annual American Society of Golf Course Architects’ Design Excellence Recognition Program honorees have been named. These golf facilities have been cited for their work with ASGCA members in addressing unique design challenges. The recognized courses are: