The One Golf Glove Covers Only Part of Your Hand

The One Golf Glove is Rain-proof, Won’t Tear

Tired of replacing your golf glove every time your thumb pokes a hole through it? Maybe you’re ready for “The One,” a glove that gives you the finger – the middle finger, that is.

The One is a newly designed glove that covers only the middle finger and the palm. Here’s what Florida golf writer Len Ziehm wrote for the golf website the Morning Read:

“For me, though, the most cutting edge of new golf gloves is The One. It’s a single-finger glove that not only has a distinctive appearance, but also has — according to its supporters — many other advantages over traditional golf gloves.

“I’ve been involved with glove design and manufacturing for over 20 years,” said Dave Atkinson, president of Champion Gloves. “I’ve never seen a product like this. It has changed my mindset on how a glove should function and look.”

Ziehm writes that the makers of The One Golf Glove decided that traditional leather on the back of the glove wasn’t needed, so a suede material from Japan was used instead. The glove covers the middle finger and majority of the palm, while the backside looks more like a wrist wrap. It’s rain-proof and can be worn while putting.

“It’ll last at least three times longer than a regular glove because of this material,” Fitzgerald said. “Purses and gloves have been made from this material. It’s so strong, you can’t put a hole in it. People can wash their hands with it on.”

The PGA of America has selected Sonoma Ranch Golf Course PGA Professional Elias Eilers, to the 2020-2021 PGA LEAD Class, a leadership development program designed to bring more diversity to the PGA of America. 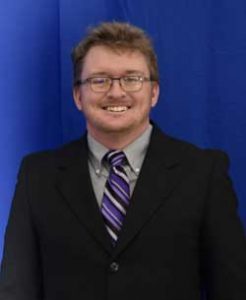 Elias Eilers was selected for the PGA of Americas leadership program.

Candidates for the development program include  being a Class A PGA Member for at least one year and in good standing; a desire to serve in a national volunteer leadership role; a commitment to  actively participating in monthly video conferences and related assignments; commitment to participate in PGA LEAD program for two years (2020-2021), including PGA LEAD activities at the PGA Merchandise Shows and/or PGA annual meetings; a commitment to making a PGA LEAD presentation at a PGA Section ,eeting at the conclusion of the program as an inspiration to others.

The New Mexico Lobo Men’s Golf Team finished fourth at the Arizona Intercollegiate Golf Tournament held at Sewailo Golf Club in Tucson late last month. The Lobos finished the 54-hole event at 3-over, three shots behind the University of Washington. Arizona, whose home course is Sewailo, ran away with the event at 21-under, nine shots better than second-place Baylor. 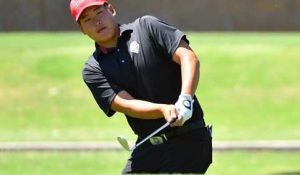 Lobo sophomore Sam Choi took third place individual honors, posting 7-under over three rounds, including a 5-under 66 in the final round.

UNM begins its spring slate having one win and a pair of top-5 finishes under its belt. Sam Choi leads the team with an average score of 71.71 across his 14 rounds while junior Galven Green is close behind with an average score of 72.77. Both Choi and Green have earned themselves top-5 finishes so far this season, Green’s was a tie for second at the Tucker while Choi earned a fifth-place spot at the Maridoe Intercollegiate on Oct. 6-8.