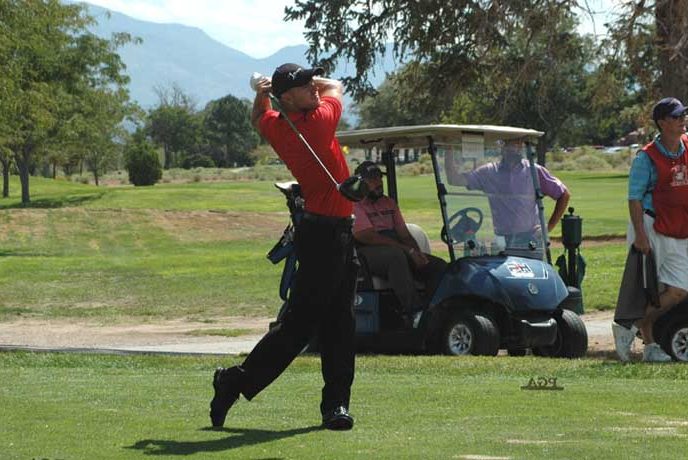 (This story was updated to include final results)

Madigan, 30, who has competed on the eGolf, Web.com and Mackenzie Canadian tours for eight years, told the Albuquerque Journal he is making a career change and is in talks with his alma mater, New Mexico State University, to become a development officer.

“It’s very bittersweet having my dad carry my bags one last time. I really want to win it for my mom and dad,” he told the Journal. His father, Steve, caddied for him throughout his junior golf years and during Q Schools at the various tours.

Last December, Madigan won limited status on the Web.com Tour – now the Korn Ferry Tour – but he is currently ranked 106th on that tour with $51,325 in winnings. His best finish was a T7 in the Savannah Golf Championship in late March.

The Rio Rancho High School graduate who now lives in Las Cruces, entered Day T6 at 7-under and finished T3 at 9-under with last year's winner, Sam Saunders of Albuquerque. Both took home $2,840

Among other Sun Country region players playing in the final round:

Final results can be found here.

Tucson Golf: Winter Golf without Spending Too Much Green 18146

Phoenix’s West Valley Gets a Winner with Victory Club 4795