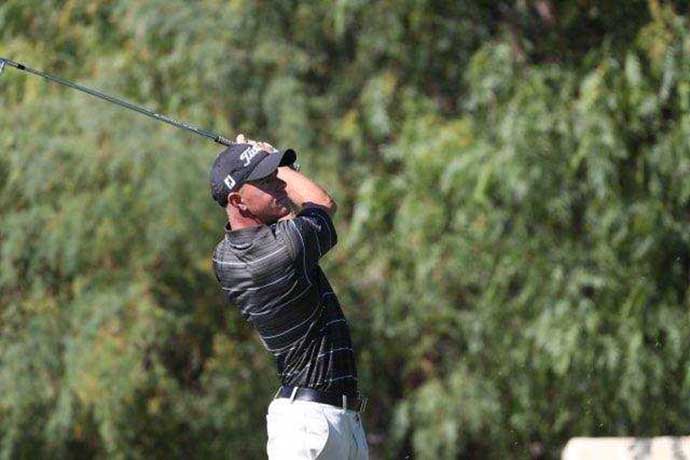 New Mexico’s Tim Madigan is returning to the Web.com Tour thanks to a T3 finish in final-stage qualifying last week at WhirlWind Golf Club in Chandler, Ariz.

The 29-year-old, a graduate of Rio Rancho High School and New Mexico State University, has been laboring on the MacKenzie Canadian Tour since he lost his Web.com card in 2017.

A 24th place finish on the 2018 MacKenzie Tour’s Order of Merit granted him an exemption into second-stage qualifying.

His performance in the final stage Dec. 6-9 in Chandler (66-65-63-69) won him eligibility in the first 12 Web.com tournaments in 2019, starting with The Bahamas Great Exuma Classic at Sandals Emerald Bay in January.

Madigan’s comeback really started in the second half of the 2018 season, with three top-10 finishes and two top-five finishes in six events. He credits giving up alcohol and a renewed work ethic for a turnaround from his lackluster early-season play.

“Not drinking helped quite a bit,” he told New Mexico Golf News in a phone interview from Las Cruces, where he makes his home. “My work ethic is back. I love practicing. The biggest hurdle was practicing, giving it 100 percent.”

Returning to the Web.com “means everything to me because I have a place to play and a chance of being on the PGA Tour,” he said.

“On the course, the breakthrough was mentally knowing that I was good enough to play with all of these guys, and not worrying about this guy or that guy, and just thinking I was the best player out there,” he said.

With the help of Las Cruces swng coach and New Mexico Golf News contributor T.J. McMullan, Madigan developed trust in his swing and stopped trying to hit shots he wasn’t comfortable with. “That allowed me to get out of my own way,” he said.

Tim Madigan turned pro in 2011 and won that year’s New Mexico Open. He started on the eGolf mini tour in North Carolina, moved up to the MacKenzie Tour in 2014 and won conditional status on the Web.com Tour in 2015 and 2016.

But Tim Madigan said he “took 2017 for granted,” played poorly, missed cuts and lost his status. At one point, he wondered whether he should abandon competitive golf for coaching. “I had to change a lot of things in my personal life to make my day-to-day life more manageable,” he said.

Now that he’s back to the final stepping stone to the PGA Tour, Madigan expects to be on the road, starting next month. The first five Web.com events will be held out of the country – The Bahamas, Panama, Colombia and Mexico – before the tour returns to the U.S. in March.