Towa Golf Club is Back, Baby

Towa’s Conditions Have Never Been Better

Towa Golf Club, long the neglected stepchild of Northern New Mexico, is back among the ranks of the best golf courses in New Mexico, thanks to new management and maintenance practices.

“We’re in the best condition in the history of the golf course,” said Linda Howell, director of golf at the 27-hole property owned by Pojoaque Pueblo. 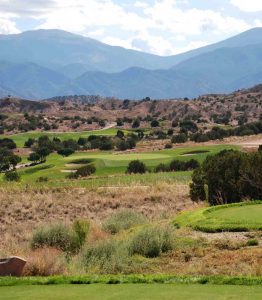 Valley No. 6 at Towa Golf club

Five weeks of no play thanks to COVID-19, plus the pueblo’s decision to keep all maintenance staff on the payroll during the shutdown, meant that Supt. Jimmy Rodriguez was able to make huge strides in renovations that started back in 2018.

Towa’s conditioning, design and spectacular views make it one of the best golf courses in Northern New Mexico and returning it to a top spot among Santa Fe golf courses.

The course’s rates are unchanged from last year, $69 with cart, although players who join the Butterfly Club loyalty program can get the $54 Butterfly rate on the spot, making Towa one of the better New Mexico golf deals..

“We have recovered from what I call the death of the golf course in 2018,” Howell said. That “death” came before the tribe took back management of the course from Hilton Hotels, which operates the adjacent Hilton Buffalo Thunder Resort. The course and hotel are 12 miles north of Santa Fe.

“Every visitor is treated like a country club member,” Howell said. 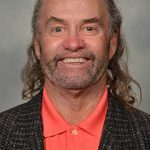 Howell ran Towa previously but left in 2013 due to disagreements with Hilton over management practices. She moved to Hobbs to open up Rockwind Community Links to national acclaim. When the tribe took back operation of Towa, it asked Howell to come back. She recruited Rodriguez, with whom she had worked previously in Colorado.

Towa Golf Club, designed by Hale Irwin and Bill Phillips, opened in 2003, a year of severe drought. Things got worse from there and conditions steadily  deteriorated.

The course struggled with water issues and a steady loss of turf through water and soil mismanagement to the point that to the point that large patches of fairway were bare dirt. At some point, Hale Irwin Golf Design took Towa off its project list in its website.

How bad was it? This 2014 review in TripAdvisor, headlined “Avoid this Golf course!” says it all:

“Without exception every tee box, every fairway and every green were significantly damaged with multiple areas of brown, dead grass and in many instances just plain, hard dirt.” 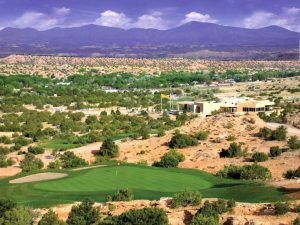 Which makes the return of Towa Golf Club to top condition a spectacular achievement. Rodriguez, who is the president of the Rio Grande Superintendents Association, solved the 27-hole facility’s water issues, Howell said.

“The water problem has been solved. Period,” she said.

Towa was originally built to be a 36-hole facility but at its nadir, the Butterfly and Valley nines were closed. In 2009, the Valley Nine was reopened to rejoin the Boulder and Pinon nines in the rotation.

Towa plays across rocky desert terrain that rises and falls with the Pojoaque Valley. Players can look north to the high desert that Georgia Okeeffe loved to paint or to the Jemez Mountains to the west and the Sangre de Cristo Mountains to the east and south.