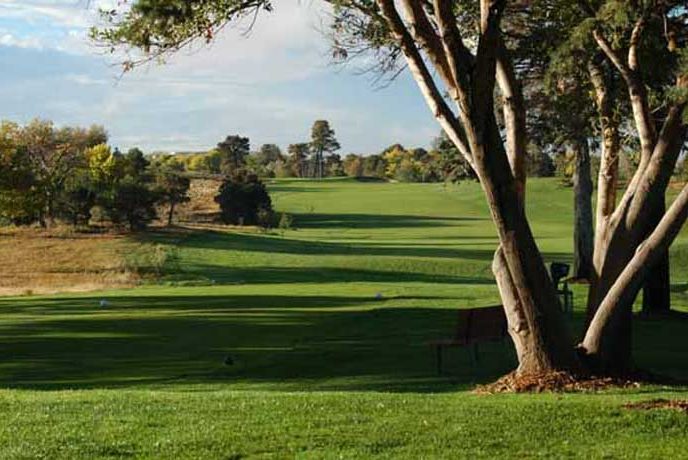 The UNM Championship Golf Course climbed five spots to jump back into Golfweek’s top 20 campus golf courses with a ranking of No. 18, UNM announced.

“We are excited to be back in the top 20 campus courses,” said Adam Roybal, manager of the course. “The Championship Course deserves to be recognized as a top campus course, because quite frankly, it is. We hope to continue the progress by moving even higher in the campus course rankings.”

UNM's Championship Golf Course joined Stanford and Yale on the list. It beat out Vanderbilt and other top-tier institutions, UNM said in a statement.

UNM also is rated No. 8 on Golfweek's list of the best courses in New Mexico.

Incredibly, one of the course's most memorable holes was actually a mistake.

The green of the 248-yard Par 3 8th hole was to have been laid out well much closer to a water hazard well short and right of the green, according to former Supt. Randy Hisey.

Hisey, who said he saw the original plans for the course, said that workers dug out the water hazard then piled the dirt where the green now lies. Workers then mistakenly shaped that area as the 8th green, he said.

When the course's designer, Robert “Red” Lawrence, who was out of town at the time, returned to Albuquerque to check on the course's progress, he acquiesced to the repositioning.

Because of the mistake, the hole plays much longer than Lawrence had designed it to play. Additionally, the mistake explains why the hazard rarely comes into play.

The UNM Championship Golf Course is a par 72 course. It rises and falls over about 200 feet of vertical elevation. As a result, it's a tough walk.

Since its opening in 1967, the UNM Championship Golf Course has been home to both, the men and women Lobo Golf Teams and the First Tee chapter of Central New Mexico. It has hosted numerous United States Golf Association qualifiers.

Tucson Golf: Winter Golf without Spending Too Much Green 18148