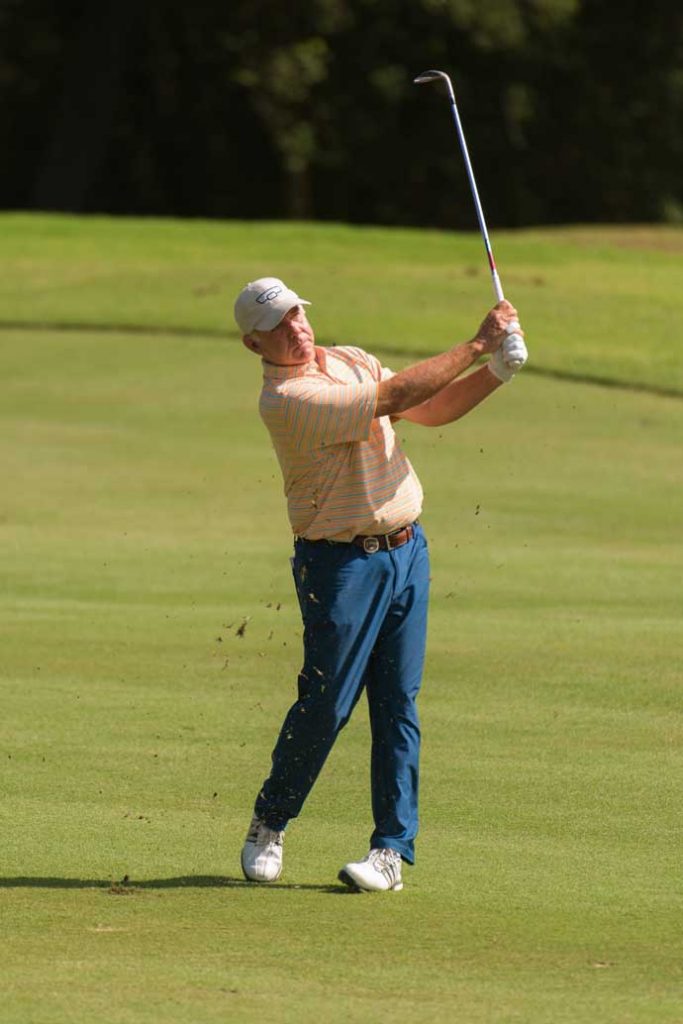 Las Campanas Pro at 8-under, 4 Shots Behind Winner

Brad Lardon was one of two Sun Country Section PGA professionals to make the Friday and Saturday cuts. Lardon was T4 in greens hit in regulation, hitting 77.78 percent of them.

Don Yrene of the Albuquerque's Canyon Club (77-75); Carlton Blewett of Roswell's Nancy Lopez Course at Spring River (75-76); and Bill Harvey of Albuquerque's Ladera Golf Course (71-74) all missed the cut after Friday's round.

Former Tanoan Country Club professional Dal Daily, now working at Windham Country Club in New York, played Saturday after finishing one shot above Friday's cut line. He was T89 at 7-over after shooting 72-71-78 but missed Saturday's cut to the low 70 and ties.

Check out the full leaderboard here.

The University of New Mexico responded to fears by neighbors that it would develop the UNM North Golf Course if a growing unleashed dog problem was not addressed.

“There is no intent nor appetite for ceasing operations of the UNM North Golf Course,” UNM Director of Real Estate Tom Neal told New Mexico Golf News. He called the neighborhood association's fears “much ado about nothing.”

At a recent meeting called by the North Campus Neighborhood Association, residents expressed fears that complaints of damage to the course and injuries caused by unleashed dogs could lead UNM to back out of a 15-year agreement with Bernalillo County to treat the perimeter path around the golf course as green space.

The Patriot Troon Card gives military heroes the opportunity to save up to 50 percent on golf fees at Troon-managed and brand-affiliated facilities around the world.

The Patriot Troon Card is in addition to the company’s existing Troon’s Troops initiative, a free program which provides discounts on golf and rental equipment to active duty U.S. military and severely injured U.S. combat veterans.“

The Patriot Troon Card is an extension of the popular Troon Card program and is an expansion of our Troon’s Troops initiative,” said Dolf May, vice president, sales and marketing, Troon.

“Patriot Troon Cards are available for purchase to ALL active duty, reserve and retired U.S. military and can be used at participating Troon-managed courses worldwide.”The card offers the same benefits as a National Troon TwoSome Card, including up to 50 percent off the standard rate for the Cardholder and a guest at ALL participating Troon-managed and brand-affiliated courses, but is offered at a 58 percent savings over the National Troon TwoSome Card.

The Patriot Troon Card can be purchased for $249 by visiting www.TroonCard.com.

Compiled by Dan Vukelich, editor of New Mexico Golf News, is a member of the Golf Writers Association of America and the Golf Travel Writers of America. Reach him at [email protected]

Tucson Golf: Winter Golf without Spending Too Much Green 15941