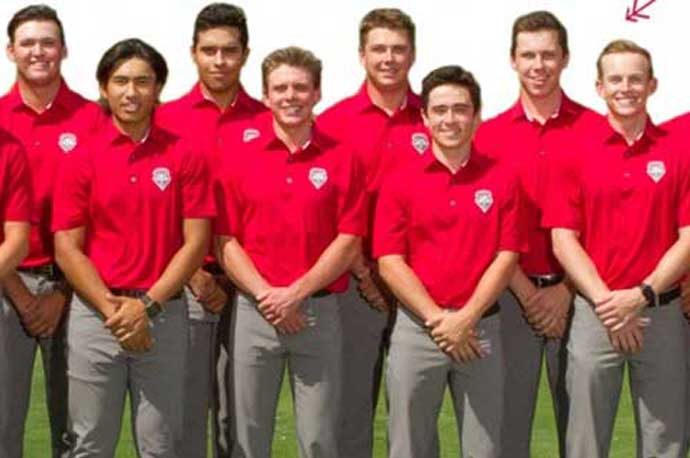 A Call for Tony Romo to Stick to the Booth

Plus, Golf Updates from Elsewhere

It took a playoff to decide the winner. Following the third round, five-man squads from the UNM Lobo Men's Golf Team and the BYU Cougars went head to head on the 18th hole. The Lobos Galven Green, a junior, sophomore Sam Choi, sophomore Ignacio Arcaya, redshirt-junior Ross Sinclair and freshman Albert Boneta, made birdies. The Cougars carded three birdies and two pars, however, after keeping the top four scores, BYU's score of -3 put it one stroke behind to give the Lobos the win (-4). Here are final results.

A little over 20 years after “The Country Club Miracle” at the Ryder Cup, a new chapter in United States team golf lore was written in the rolling terrain outside Austin, Texas, over the weekend. Call it “Redemption in the Foothills” as the US crafted a 14-12 historic comeback victory over Great Britain and Ireland in the 29th PGA Cup.

The PGA Cup is a biennially contested match between PGA professionals of the United States and Great Britain and Ireland.

The ignition point for the Americans happened in a 45-minute span on the uphill 518-yard par-5 18th hole. Bob Sowards of Dublin, Ohio, holed a blind downhill pitch for eagle for the first U.S. point of the day. Then, rookie Alex Beach of Stamford, Connecticut scrambled to gouge a chip from a sidehill rough to within 10 feet and make his birdie putt. Those 1-up wins set the stage for the U.S. to capture eight of 10 Sunday singles matches. The U.S. reclaimed the Llandudno International Trophy for the first time since 2013, when it tied 13-13 to retain the 18-pound piece of silver.

It was fun while it lasted, but Mike Purkey, a long-time golf writer, is calling for former Dallas Cowboys quarterback Tony Romo to call it a career on the pro golf circuit. Writes Purkey for the Morning Read website:

“A look at the facts: Romo is a 39-year-old former NFL quarterback who came to golf later in life. Since his retirement from football in 2016, he has been generously granted four sponsor exemptions to play in PGA Tour events and has yet to be competitive.

“His latest appearance occurred last week at the Safeway Open, where he missed his fourth cut in a row, tying for 129th in a 144-player field (scores). He played in the AT&T Byron Nelson in May and has twice played in the Corales Puntacana Resort & Club Championship in the Dominican Republic, which was an opposite-field event against the WGC Dell Match Play….

“Romo is a plus-1.1 handicap at Trinity Forest Golf Club in Dallas. While that’s an impressive number to most of us, it’s not nearly good enough for the game's highest level.”

Golf Travel: If you thought Hurricane Dorian killed the golf industry in The Bahamas, think again. While there was devastation on several islands, the bulk of The Bahamas escaped the storm's wrath. The newest episode of GOLF Advisor Round Trip, premiering Tuesday, Oct. 1 at 5:30 p.m. MDT on GOLF Channel, explores two of the more than 700 islands and cays that  remain open for tourism.

“The Bahamas is so special for so many reasons, but the reason why I will keep going back is the people. They are warm, welcoming and gracious,” said Matt Ginella, series host and GOLF Advisor editor-at-large. “As many of them have said to me, if you want to help the Bahamas, visit the Bahamas.”

Divotgate: From Golfweek comes an example of what the magazine calls one of the rules the USGA should have changed back in January.

“Cheyenne Knight’s divot incident on the par-4 16th at the Indy Women in Tech Championship might sound familiar. With water down the left-hand side, Knight piped a perfect drive down the center of the fairway and pulled 8-iron for her second shot.

“The former Alabama standout stood about 10 feet behind the ball taking practice swings when her divot went sailing toward the ball and knocked it 5 inches forward.” A rules official assessed King a one-stroke penalty and made her move the ball back to its original position.

Tiger woods Update: Tiger has been cleared by his medical advisers to return to full practice, he said in an interview with Michael Strahan on ABC's “Good Morning America.” Woods, 43, underwent arthroscopic surgery on his left knee in August. From the GMA interview:

“I got the clearance last week to start full practice, and so I played nine holes the other day,” Woods said on Good Morning America. “It’s sore, yeah, but now I can start lifting and getting my muscle back and getting my weight up.”

Equipment: The V1 video swing analysis system has been a staple among golf teaching professionals for almost two decades. Now, the V1 Sports Pressure Mat System, powered by BodiTrak is the first portable and affordable mat to record players' balance distribution iduring the swing. Data captured by the mat provides immediate feedback during a lesson or practice session, says the manufacturer.

Compiled by Dan Vukelich, editor of New Mexico Golf News, is a member of the Golf Writers Association of America and the Golf Travel Writers of America. Reach him at [email protected] 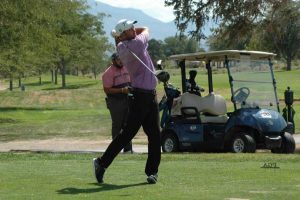 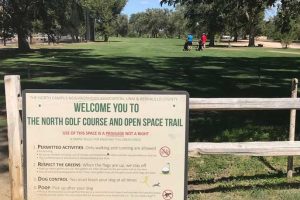 Tucson Golf: Winter Golf without Spending Too Much Green 17751

Phoenix’s West Valley Gets a Winner with Victory Club 4439