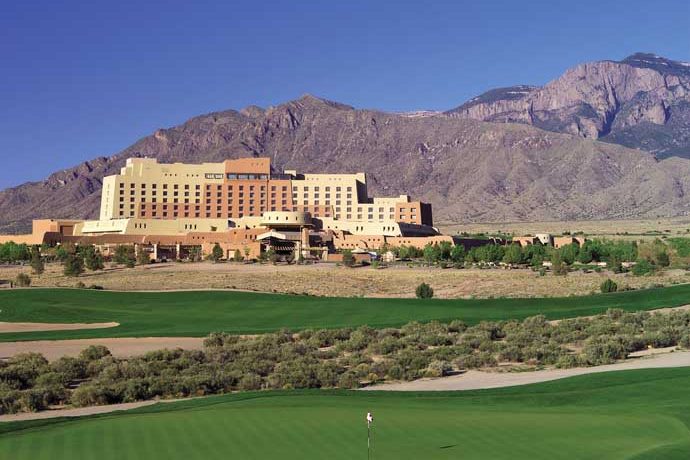 Matt Molloy, general manager of Sandia Golf Club, has been promoted to senior vice president for OB Sports Management of Scottsdale, Ariz., and will be moving to the Phoenix metro area, the company announced.

Molloy’s new responsibilities will include oversight of OB Sports’ portfolio of 60 golf course management and club operations contracts, as well as assisting in the development and startup of new opportunities for OB Sports, the company said in a statement.

Molloy moved to Albuquerque 13 years ago to serve as director of golf for the newly opened Scott Miller design at Sandia Pueblo’s casino and resort north of Albuquerque. Molloy, an employee of OB Sports, later was promoted to general manager of the golf course.

The 46-year-old company is recognized as a leader in boutique-style golf course management. Its clients include Tucson National Golf Club in Arizona, Monarch Beach Golf Club in Dana Point, Calif., Colorado National in Erie, Col., and Tetherow in Bend, Ore. The company also manages the municipal courses for the cities of Tucson and Phoenix.

“I am very honored to be selected for this incredible opportunity and excited to work alongside the amazing team at OB Sports that have supported my efforts at Sandia all these years,” Molloy said.

“OB Sports is an incredible and unique company and has certainly earned its place among the leaders in golf management industry. I look forward to helping with the continued success of the company.”

“Matt Molloy has done an incredible job of elevating Sandia Golf Club to one of the finest facilities in the southwestern United States,” said C.A. Roberts, President of OB Sports. “I expect his transition to his new role within OB Sports to be a smooth one, and am proud to have someone with his knowledge and experience on the team.”

While at Sandia, Matt Molloy was named the Sun Country PGA Section Golf Professional of the Year in 2011 and 2016, Resort Merchandiser of the Year in 2011, 2012 and 2017, and was the Horton Smith Award winner in 2017. Molloy previously served as director of golf for clubs in Colorado, California and Nevada.

A New York native and avid Giants and Yankee fan, Molloy earned his bachelor of arts degree in business administration at Roger Williams University in Rhode Island. He and his wife, Sharla, have two children: daughter Madison, 13, and son Owen, 10. They have lived in Rio Rancho since coming to New Mexico.