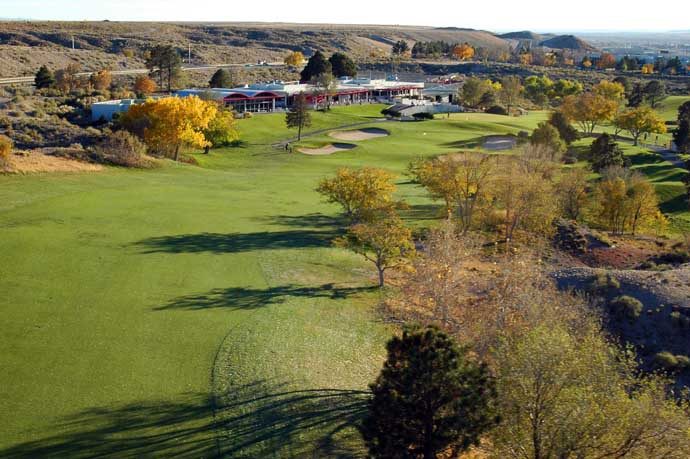 The Sun Country Amateur Golf Association, the USGA affiliate for New Mexico and West Texas, will host the 53rd edition of the event, which features top amateurs from across the globe.

The event will be held on the 7,248-yard, par-72 University of New Mexico Golf Championship Course July 23-26.

It’s the first time in its history that the Pacific Coast Amateur will be played in New Mexico.

Dana Lehner, executive director of SCAGA, said he “kept pestering them over the past five or six years and they finally gave in to us.”

“The nationally recognized Championship Course at the University of New Mexico will flash its versatility and do its part in identifying the best player as champion,” Troy Andrew, executive director of the Pacific Coast Golf Association, said in a release.

Who gets to play in the event?

A recruitment committee of the Pacific Coast Amateur Golf Association identifies 39 of the best amateur golfers in the world and invites them directly into the 84-player field. The rest of the field is comprised of the top three amateurs in each of the 15 member associations in the Western U.S. and Western Canada.

“The quality of our field and our ability to continuously recruit the game’s best amateurs is directly attributed to the reputation and quality of the venue selected to host,” Andrew said.

Past host sites for the event include The Olympic Club last year, Eugene Country Club (which also served as host site of the 2016 NCAA Men’s Golf Championship), as well as Chambers Bay and Bandon Dunes. UNM has hosted both men’s and women’s NCAA Division I national championships.