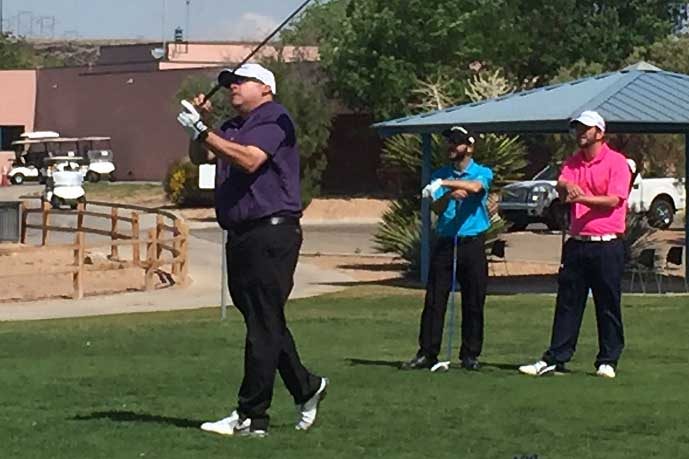 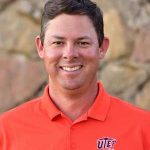 The Sun Country PGA Match Play Championship, sponsored by Mazek Rocky Mountain Golf Cars, was played May 21-23 at Ladera Golf Course on Albuquerque West Side. On Day 1 of the event, the skies opened up causing a delay in the competition, which resumed when skies cleared.

Leiberwirth got to the final round by beating Pat Murphy of Santa Ana Golf Club 2-and-1. Nunez made it to the final match in the senior bracket by beating Don Yrene of the Canyon Club at Four Hills 2-and-1.

In the senior consolation bracket, Ron Allen of Los Altos Golf Course beat Taos Country Club's Tad Bourg 6-and-5. Allen got to the final round of the bracket by beating Cochiti Golf Club Director of Golf Kenny Blake 2-and-1.

Harvey leads the Omega 2018 Senior Player of the Year points race, followed by Nunez. Harvey placed in the top 10 in the Club Car Pro-Official Team Championship and Pro-Assistant Team Championship in April – events in which Nunez either did not participate or did not finish.

Tucson Golf: Winter Golf without Spending Too Much Green 17326

Phoenix’s West Valley Gets a Winner with Victory Club 4077