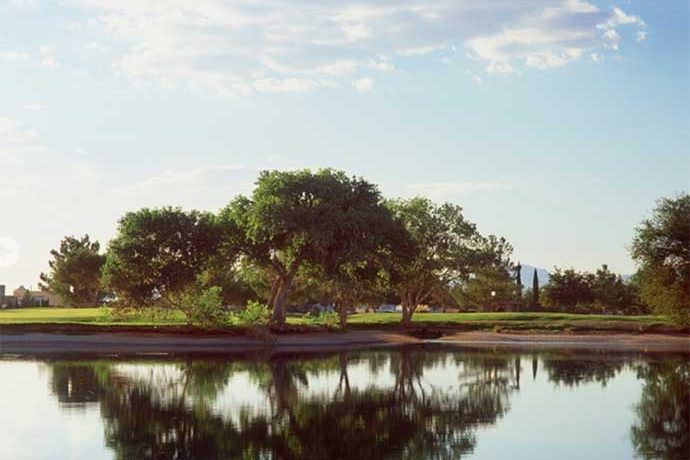 Michael Salazar of El Paso was the leader after Day 1 of the New Mexico-West Texas Amateur Championship, shooting a 1-under 69 at the Horizon Club on Friday.

Eighteen Players From the Albuquerque Metro Area Made the Trip South

Javier Delgadillo of El Paso and Ryo Harada of Las Cruces were T2. El Pasoan Jackson Norwich, Albuquerque's Simon Miller, Jack Anderson of Round Rock, Texas, and Nosh Hicks of El Paso who were T4 at 1-over.

Pablo Clarke of El Paso was alone in eighth place at 2-over.

Greg Yellin, a University of Texas at El Paso red-shirt freshman, who finished second in the 2018 New Mexico-West Texas Amateur Championship was T15 with nine other players at 4-over.

Three-Time and Defending Champion Condon Did Not Make the Trip

Three-time The New Mexico-West Texas Amateur Champion Gregg Condon of Monte Vista, Colo, did not make the 500-mile trip to defend his 2019 title.

Tucson Golf: Winter Golf without Spending Too Much Green 18163

Phoenix’s West Valley Gets a Winner with Victory Club 4810